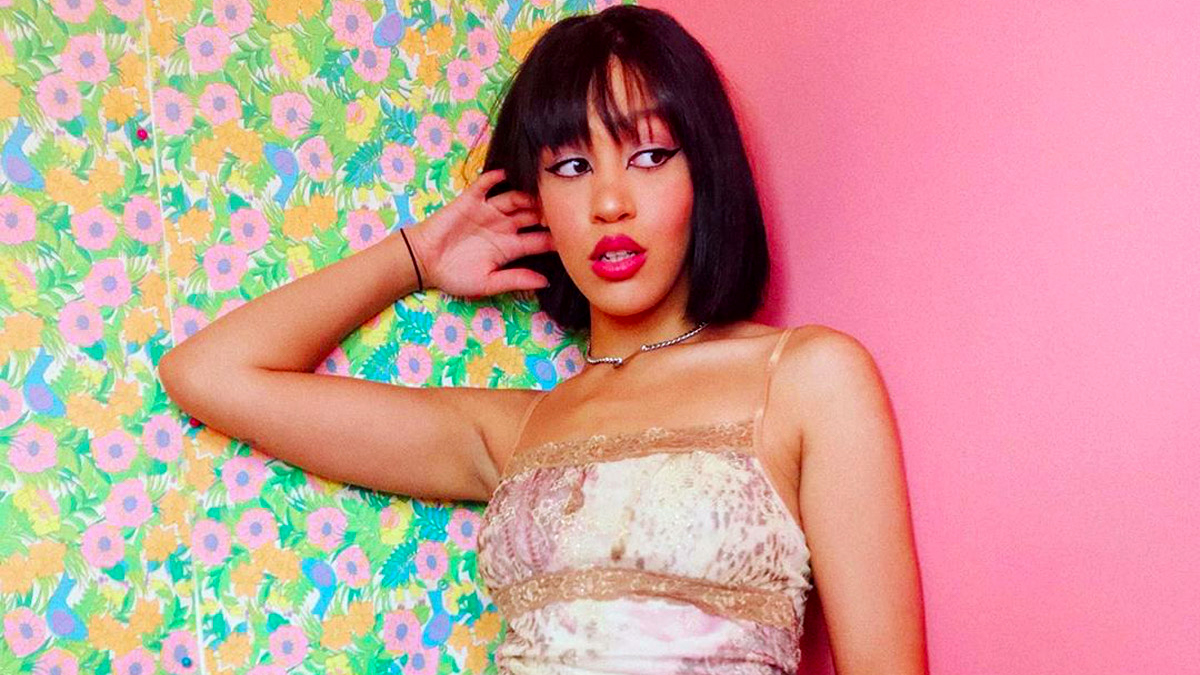 Do you know how Truly Young got her name? Well, it was from the song True Love Waits sung by Linda Ronstadt which happens to be her favorite song. Looks like the lady is an old-school soul at heart and a great admirer of pure emotions! But that’s not the only interesting aspect of the daughter of music magnate Andre Romelle Young, popularly known as Dr. Dre, and his former wife Nicole Young. From being the most accomplished child in the family to being a headstrong personality, she is unique just like her name. Want to know more about Truly Young? Great, because we have a lot in store for you.

Truly Young Has The Good Genes Of Her Parents

When your father is a famous award-winning artist like Dr. Dre and your mother, is a gorgeous ex-fashion model, you are bound to inherit a box full of talents. Truly was born in 2001 and is in her early 20s. But she has already managed to make a mark on her own.

Right from the age of 16, Truly wrote songs and even performed at many events. In 2013, she released her first mixtape Life In The Ghetto. After that, there was no stopping this amazing woman who went on to release many more. They include The Truth, I’m A Hustla and Ain’t Nothin’ To Lose. Truly also started working under Top Dawg Entertainment and her father’s record label Aftermath Entertainment from a young age.

Truly Young is a student at USC. But her enrollment in 2019 grabbed a lot of headlines. This was because of her dad Dr. Dre’s Instagram post regarding the same. The rapper boasted of her daughter’s ability to bag admission “all of her own. No jail time!!!”.

You may think it to be a light-hearted joke from a proud father. But it was actually a mild dig at Lori Loughlin and Felicity Huffman who were accused of bribing their daughter’s way into prestigious schools. Although Andre later deleted the post, others were quick to point out his $70 million donation in 2013. Truly, however, refuted all these allegations and said that her “very, very strict parent” always pushed “me to go to USC.”

Dr. Dre And Nicole Young Had A Public Divorce Showdown

Truly’s dad had many women in his life but Nicole was his only wife. They got married on May 25 in 1996. But when they were marching towards the silver jubilee phase of their marriage, things started falling apart. Nicole filed for divorce in June 2020 and soon everything got messier. The record producer accused her of stealing money from his organization. In return, she slammed infidelity allegations on him. After a few months of ruckus, the matter finally got settled on December 2021. The rapper paid a whopping $100 million to his ex-wife.

While her parents were going through a tough separation, many people voiced conflicting opinions. Among them, the comment that created the maximum fuss came from 50 Cent. He made a disgraceful personal attack on Nicole saying “these b****** be crazy how do you even ask for 2 million a month”.

Truly, being a doting daughter did not hold back against her mother’s bully. In her words “The blatant misogyny and disrespect by ignorant men that is being shown are absolutely f***** disgusting and vile”. She also stated the derogatory term used to be “unforgiving”.

According to her, 50 is an “ugly, washed up” rapper who was “envious of my family’s wealth and lifestyle”. She believed that it was one of his cheap “marketing schemes”. Seeing the young lady fight fiercely for her family even silenced 50.  He just responded with a simple “LOL” and didn’t take the matter forward.

Do You Know Dr. Dre’s Daughter Once Became Homeless?

Truly’s sister LaTanya was reportedly left without a home last year. She was spending nights in her vehicle while her “kids are staying with friends.” The situation got so terrifying that she even feared that she would lose her car if she can’t find a better job. Wondering why her rich dad didn’t come to her rescue? It was because “my dad doesn’t want to help me because I’ve spoken about him in the press”. After getting refused by her father, LaTanya took the help of GoFundMe to get back on her feet.

If you are confused about her identity, let me tell you that Truly has 6 siblings. While Truice is her blood brother, others are half-siblings from her dad’s past affairs with different women. LaTanya belongs to the latter lot.

Truly Young Knows How To Flaunt Every Look In Style

From bold outfits to funky makeup, Dr. Dre and Nicole’s daughter can carry every look with confidence. She is also quite active on her Instagram and keeps posting from time to time. Her profile currently has around 129k followers.

Go check her paintings too!