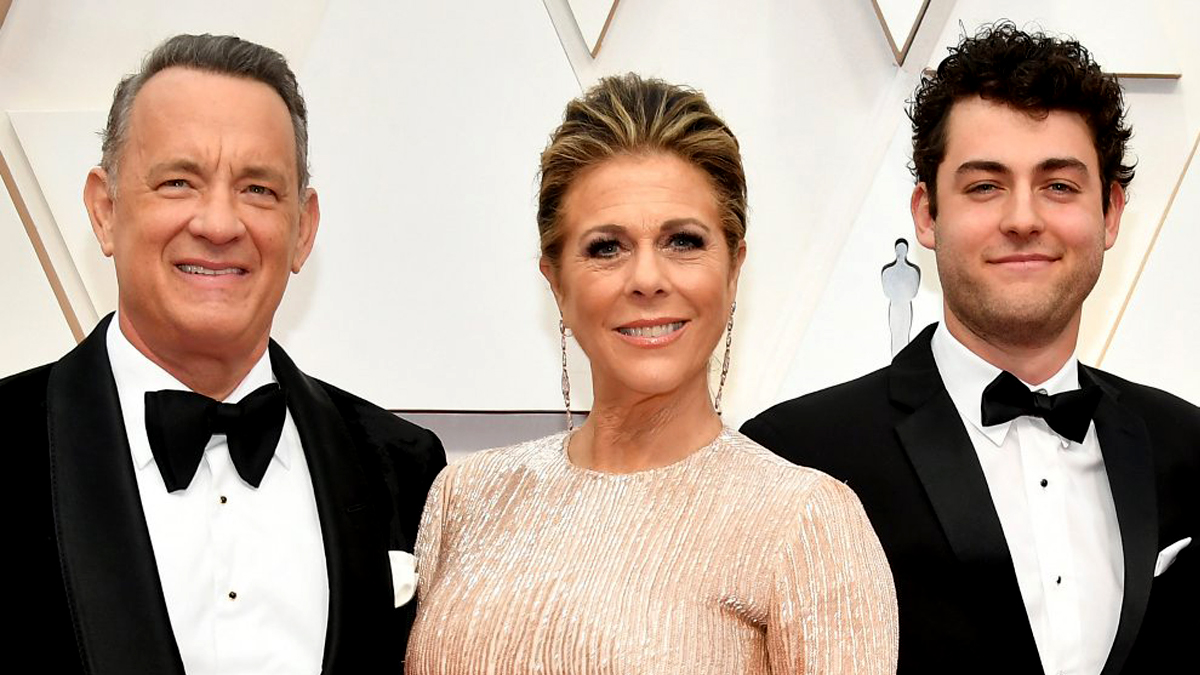 Tom Hanks certainly needs no introduction. From The Da Vinci Code and Angels & Demons to Saving Private Ryan and Forrest Grump, he has always been stellar. His wife Rita Wilson is also a prominent figure. She featured in popular movies like Jingle All The Way, and Runaway Bride. And is also a great singer and producer. What’s interesting is despite being born to such camera-friendly parents, their son Truman Hanks is a shy soul. He prefers staying away from the limelight. But he has no shortage of talents. Here’s more on Tom Hank’s lastborn Truman Hanks.

The youngest Hanks lad was born on 26th December 1995. His place of birth is Los Angeles, California, where he currently resides. Truman is of mixed ethnicity. His mom Rita Wilson has a Greek origin. And his father Tom Hanks comes from Portuguese, English, Cornish, German, Scottish, and Welsh ancestry.

Truman did his schooling from 2010 to 2014 at Thatcher High School. Then he completed his graduation from Standford University in 2018. Can you guess what his subject was? No, it wasn’t related to arts or films. Instead, it was the science that deals with numbers – Mathematics.

Tom Hanks Was Married When He Met Rita Wilson

The story of Truman’s parents dates back to the early ’80s. Tom and Rita reportedly met on the sets of Bosom Buddies in 1981. We are not sure whether it was love at first sight or just mere attraction or anything at all between the two during that time. Tom was married to his former wife Samantha Lewes. This might have made the situation complicated even if sparks flew. But they reunited during Volunteers and soon dating rumors got ripe. And then the rest is history.

Tom divorced his former wife in 1987 and married his current lady in 1988. He has 4 children, Colin and Elizabeth from Samantha and Chet and Truman from Rita. Sadly, Tom’s first lady left for her heavenly abode in 2002 after battling cancer.

It’s hard to imagine a non-actor in a family full of such talented acting genes. In case you are unaware, Tom’s other children are also actors. So, that makes Truman the odd one out. But he is a part of the entertainment field. It’s just his contributions lie somewhere else.

Truman handled the production of The Cloverfield Paradox in 2018. Then Babylon Berlin shaped his camera skills. He was also a member of the recent remake of West Side Story as an assistant and aided the director of photography. This was no ordinary project because it had the ace director Steven Spielberg taking care of the direction. Wow, what an experience it must have been for Truman. The Cash Truck and News of the World also saw him working behind the camera.

But there’s a first to everything. And seems like Truman is finally marching into the acting world with Tom Hank’s upcoming movie A Man Called Otto.

He Is A Sports Enthusiast

Besides having an eye for details behind the scenes, Truman loves sports especially when it comes to ice hockey. He is an admirer of the Los Angelos Kings. If you are a regular audience to their matches, keep your eyes and ears open because you can spot Truman any day. And not only him alone but people have seen senior Hanks accompanying him as well. Who knows, you may be double lucky. Truman also appreciates soccer, and Liverpool F.C. and Panathinaikos F.C. are probably his favorite clubs.

Did You Know Truman’s Brother Was Bullied For Being Privileged?

There’s always a general disliking towards others who have it easy in their lives. Sometimes people also assume you to be an “arrogant, entitled, spoiled brat” without even giving you the benefit of doubt. Truman’s big bro Chet Hanks sadly became the victim of such animosity. In his youtube video called The Truth About Growing Up As A Hanks, he revealed the contempt he faced for being the son of a famous father. Chet found it “extremely hard to break down their walls,”. This was more so because “It was always behind my back in the forms of gossip and s***-talking.” These incidents made him “develop a chip on my shoulder” and shape a “hardened exterior,”

Chet also clarified that the reality was far different from what others thought. His parents never spoilt him. Instead, he literally had to “earn” every penny, for which he is also “grateful”. And in spite of what happened, he “love(s) my parents” and “wouldn’t change my situation”. As for Truman Hanks, he is extremely private. So, we don’t know his stories of growing up as a Hanks kid. He also appears before the camera once in a while. Talking of rare glances, do check out his recent A Man Called Otto Red Carpet pics along with his family.