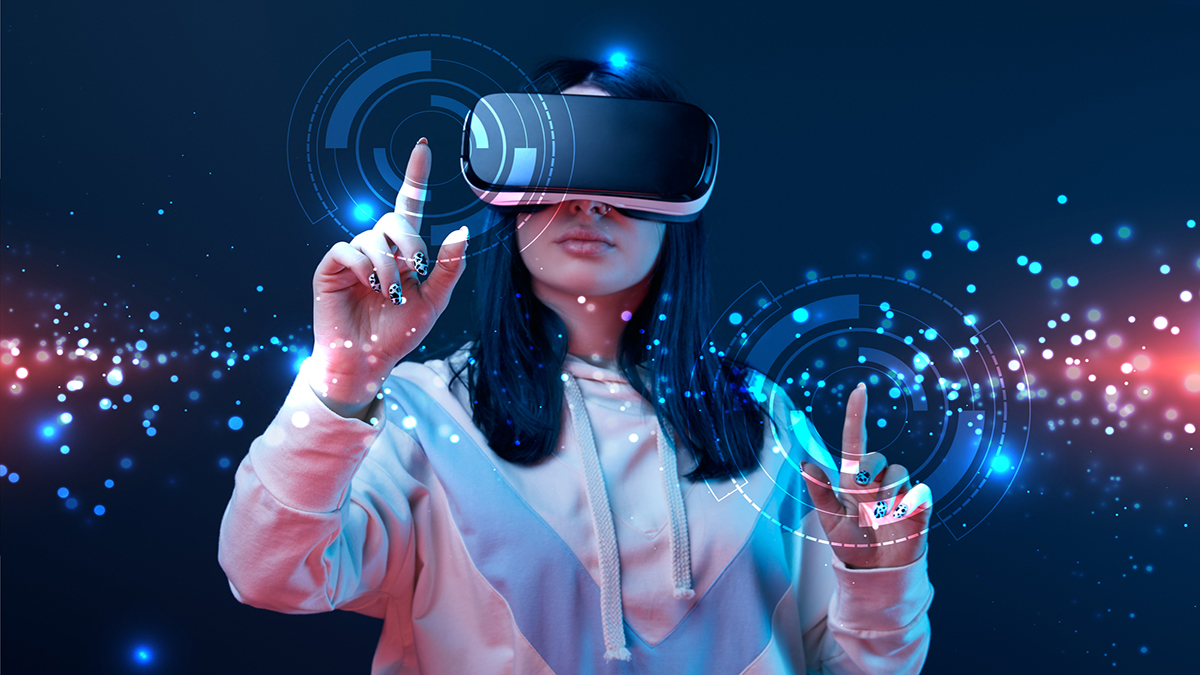 Metaverse, 3.0, and blockchain are hot topics of discussion among people. We are transitioning into a world of decentralization, 3D. Is virtual reality going to end up being our friend or enemy? The concerns being raised are only out of curiosity as to what stands ahead of us.

Metaverse is got to be a turning point for all of us. “A new world,” it could be called. The world where technology will advance and take over.

This radical change will affect the human race in what ways? What possible harms and concerns should we be looking for? What is the new world going to bring? Will it negatively or positively impact human health, physical and mental?

Virtual reality in itself is a significant aspect of the metaverse. The mass adoption of VR shortly can be seen. The next levels of technology will immerse our brains more into it, making access to virtual reality easier, which is associated with question marks.

Is Virtual Reality Harmful For You?

You must have heard many a time that “a thing itself is not bad, its use is.” That’s what applies here as well. The metaverse is an invention of the best of human minds. Such great innovations take years of thought and struggle behind them. Sure, everything comes with a side effect. Weighing them down could give us an idea if it’s our friends or not.

Metaverse can bring a lot of benefits to human health. Recently, this aspect of it has been a keen area of research as well. As far as mental well-being is concerned, VR therapy can be employed in various mental health issues. However, we cannot ignore the downsides.

How Can Virtual Reality Contribute to Better Mental Health?

A close and free approach to VR would be convenient for game lovers. Imagine choosing an avatar of yours, customizing it according to what you like, and being an agency in your little world.

Picture that you have had a bad day. You come home, put on a VR headset, and immerse yourself into a place full of trees, pretty animals, and birds. The air seems fresh, and you have a good glass of wine. Seems interesting, right? Something all of us may want on a Saturday night; something that could give us hope of escaping the harsh reality for a while; something that could make us good for some time.

Who doesn’t want that? We all do at times. That is going to have better effects on mental well-being and reduce sadness. Here VR does sound like our friend, not an enemy. Suppose you are on a date and can’t go out for some reason. You quickly wear a headset and set out on a train journey. There are beautiful landscapes out there. What a classic first date it could be!

All of this could be available to people who cannot travel—the people who cannot go out. Oh, and it’s a treat for introverts, socially awkward people, and those who love to live in fantasy. It sure will relieve stress and contribute to better mental health for all if used that way!

How Is VR Going To Revolutionize the Therapy and Mental Health Treatments?

VR is an active area of research when it comes to its applications in psychology. But the study we have done until now is optimistic about how VR could help in the field of psychology. VR therapy, when employed in a controlled environment for testing, resulted in promising outcomes. VR simulation was beneficial in treating:

What Do Studies Suggest?

In controlled clinical environments, a study was conducted. Firstly, a patient’s response to a stimulating environment was investigated. Let’s understand how the help of VR is going to treat –

If a patient has a phobia, let’s say heights, first off, detecting the degree of reaction is to be analyzed.

For this purpose, the patient is exposed to different heights, and the response generated by the patient is recorded. Further, these records and observations are used to treat the patient by leveling exposure to the phobia.

It is made differently; it acts differently, and ultimate exposure to its different attitude in a controlled clinical environment proves friendly to mental well-being.

Now the question is, does VR Treat Depression?

VR has been proven to help with depression as well as anxiety. Escapism from the causative agents of depression and anxiety and facing the fears themselves positively influence depressed and anxious individuals.

What Do Specialists Say About the Friendliness of VR?

“VR exposure therapies are particularly effective for anxiety, provoking realistic reactions to feared stimuli. On top of that, exposure therapies with simulated images are beneficial for patients with psychiatric
disorders such as phobia and posttraumatic stress disorder.”

What Could Be the Potential Downfalls of VR?

Escaping from reality sounds intriguing, but again, doing it over the limits may also harm mental well-being. Turning down the reality or trying best not to face it is the potentially harmful effect of VR.

Besides that, social anxiety may increase as VR gives introverts and socially awkward people space to navigate their lives in closed spaces.

Now, the contradictory question arises- does VR cause depression and anxiety?

Technology and access to quick information about the world have had dire consequences in the past decade. Comparison to others, jealousy, cyber-crimes, and whatnot. Hiding behind a customized avatar could make people more insecure than ever. All of this springs from depression and anxiety.

Van Schneider dubs the feeling “post-VR sadness.” It’s less a feeling of depression, he writes, and more a sense of detachment.

Feel-bad (stress-related) hormones adrenaline and cortisol can also be linked to gaming. VR’s hyperrealism can exacerbate this.

The thing is that maintaining a balance is a vital solution. Virtual reality and metaverse are our friends if we make them so, and they could be our rivals if we use them that way.

Try to maintain a healthy balance. Escaping in fantasy on Saturday nights while dealing with and bravely facing reality from Monday to Friday night.

However, the ethical and health concerns related to VR are still under study, and possible policies for its adoption while mentioning the risks will be done soon.

What is your take on this? Is it a yay or a nay on virtual reality?

One thought on “Virtual Reality: Friend or Foe of Mental Well-being?”