Skip to content
Home  »  Review Corner   »   What To Expect From Netflix’s ‘Blonde’- The Controversial Film About Marilyn Monroe? 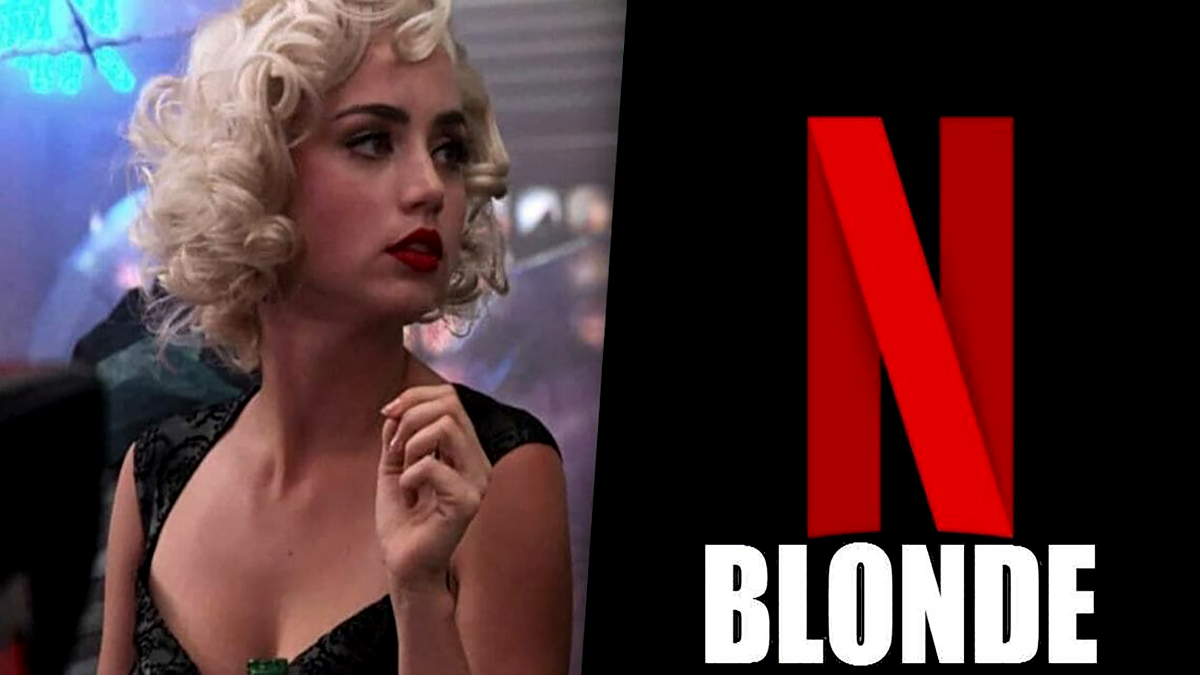 With Blonde gearing up to steal everyone’s heart, it’s hard to keep calm. I mean how can we? After all, it centers around arguably the most popular and controversial “blonde bombshell” and America’s very own Marilyn Monroe.

The makers of Blonde have taken a big leap of faith by choosing such a highly disputed and iconic character. She is an evergreen talk of the town even after 60 years of her death. The expectations are naturally higher than ever before. But, if the movie can deliver and ring the bell with the audience, Blonde has the potential to shatter many records. Whether it happens, only time will tell. Until then, let’s delve into everything we know about Netflix’s Blonde so far.

Netflix is releasing its much anticipated Blonde on the streaming platform on September 28, 2022. However, the movie will see a short run in limited theaters in the United States from September 16. This is primarily because the makers believe Blonde to be an Oscar contender and want it to qualify for it. The world premiere of the movie was on September 8 at the 79th Venice film festival, 2022.

SEE ALSO: Cobra Kai Season 5: Everything We Know So Far

Where Can You Watch Blonde?

Few folks in America will have the opportunity to go to their nearby cinema halls to watch the movie on a bigger screen. But for the majority of the world, streaming Blonde on Netflix with a bowl of popcorn and a bottle of chilled beer will be the most favorable option. So, if you still don’t have a Netflix subscription, get one right away.

For those unaware, Blonde is based on the 2000 biographical fiction novel of the same name by author Joyce Carol Oates. Hence, the movie is not a retelling of Monroe’s life. Instead, it is a reconceptualization of the various events, that shaped her journey; from her difficult childhood to her career highs, tales of her relationships, and finally her suspicious death.

The Cast of Blonde

Netflix’s Blonde stars the bubby and charming Ana de Armas in the central role. Rumour has it that she faced strong competition. She beat Naomi Watts and The Eyes of Tammy Faye famed Jessica Chastin to bag the role. The other pivotal role in the movie is played by Adrien Brody. He possibly portrays Arthur Miller, the “playwright” husband of Monroe. The movie also sees Bobby Cannavale as the former “athlete”, Joe DiMaggio, Monroe’s other much-publicized marital partner, and Julianne Nicholson as Gradys, Marilyn’s mother. You will also find Caspar Phillipson starring as President Kennedy and Sara Paxton being Miss Flynn.

Meet the Makers of Blonde

Andrew Dominik is the director as well as the writer of Netflix’s Blonde. The film also has a well-known face. Brad Pitt reunites with Dominik after The Assassination of Jesse James by the Coward Robert Ford and Killing Them Softly, only this time as a producer. The other producers of Blonde include Dede Gardner, Jeremy Kleiner, Tracey Landon, and Scott Robertson.

Blonde is Now an NC-17 Movie

The movie has been rated NC-17 which means Blonde is deemed improper for anyone 17 years or below.  This naturally, has not gone too well with the crew with the leading lady Ana quoted saying she “ didn’t understand why that happened” when there are other shows and movies “with a lot more sexual content than Blonde.

The Two Trailers of The Film Intensify the Intriguing Appeal

The opening of the June 16-released, the one-minute-long first trailer features Monroe pleading for someone to “Please come” with her aide comforting her that “She’s Coming”. Then we get a glimpse of the famous white dress from Monroe’s The Seven Year Itch and her getting crowded at an event but it is the eerie version of “Diamonds Are a Girl’s Best Friend,” running in the background that mounts the tension. The ending showcases the famous Marilyn Monroe smile in the mirror reflection. When you realize that it is the transformation from the crying hurting soul to her most powerful mask, is what she was waiting for, you sure get goosebumps. The resemblance is equally uncanny. Hats off to Ana.

The next trailer released on July 28 is roughly two minutes long and is a continuation of the first one. We see Marilyn having a conversation with the character DiMaggio while splashes of her public moments are shown in bits and snippets. But, it is her famous lines “When I come out of the dressing room, I am Norma Jeane” and “Marilyn Monroe only exists on the screen” that catch viewers’ attention the most. This is a major hint that Blonde will delve deep into the split in her character- the public vs the private life, real vs the reel that probably culminated in her ultimate demise which as per Oates’s Novel was a murder and not suicide.

What Can You Expect From The Film?

While we wait for the movie to release with bated breaths for all our questions to get answered, here is what you can expect as per the information we have gathered so far.

A Career-Defining Blonde Performance from Ana Awaits You

Commercial success or not, Blonde’s leading lady Ana de Armas sure promises to gift you a blockbuster performance. She has worked really hard by taking dedicated lessons from a dialogue coach for 9 months to perfect Marilyn’s unique sultry accent and from the trailers, it seems to pay off.

She even looks like “an exquisite portrait of Marilyn Monroe” as Oates put it. Of course, due credit must be given to the background crew for recreating the 50s-60s hit costumes and getting her makeup ready in three and half hours daily. However, none of this would have looked so convincing without Ana’s dedication to learning how to carry herself the Monroe way which we all know is a tough row to hoe.

Marilyn Monroe, despite all the fame and glamor, had a turbulent personal life. As we see from Blonde’s trailers, she adopted the persona of Marilyn for her fans while Norma Jeane always remained her true broken self. These contrasting selves of her seem to have caused “additional trauma” as Dominik said. If depicted the right way the movie may become emotionally demanding. So, be prepared to share the unsettling journey of Marilyn and go down her memory lane.

Blonde Will Create Controversy and Discomfort

When you are dealing with a character like Marilyn Monroe, there is a high probability of controversy. On top of that, there are speculations that Blonde will make the audience uncomfortable with some disturbing realities which Monroe went through. One of the scenes may be the brutal rape scene as in Oates’s novel. Ana also hinted in her interview that it was “important to show all these moments in Marilyn’s life that made her end up the way that she did. It needed to be explained”. The director also reassures Blonde to be “sincere” and “made with good intentions” but “full of rage at the same time”.

But, let’s put aside the inhibitions and watch the movie with an open mind. And see whether it makes us “fall in love with Marilyn” or not, just as Andrew wants us to. Blonde seems to be Netflix’s own definition of paying tribute to Marlyn Monroe. It does not go the traditional biopic route which makes it more appealing. I certainly hope the movie to exceed all our expectations.

3 thoughts on “What To Expect From Netflix’s ‘Blonde’- The Controversial Film About Marilyn Monroe?”