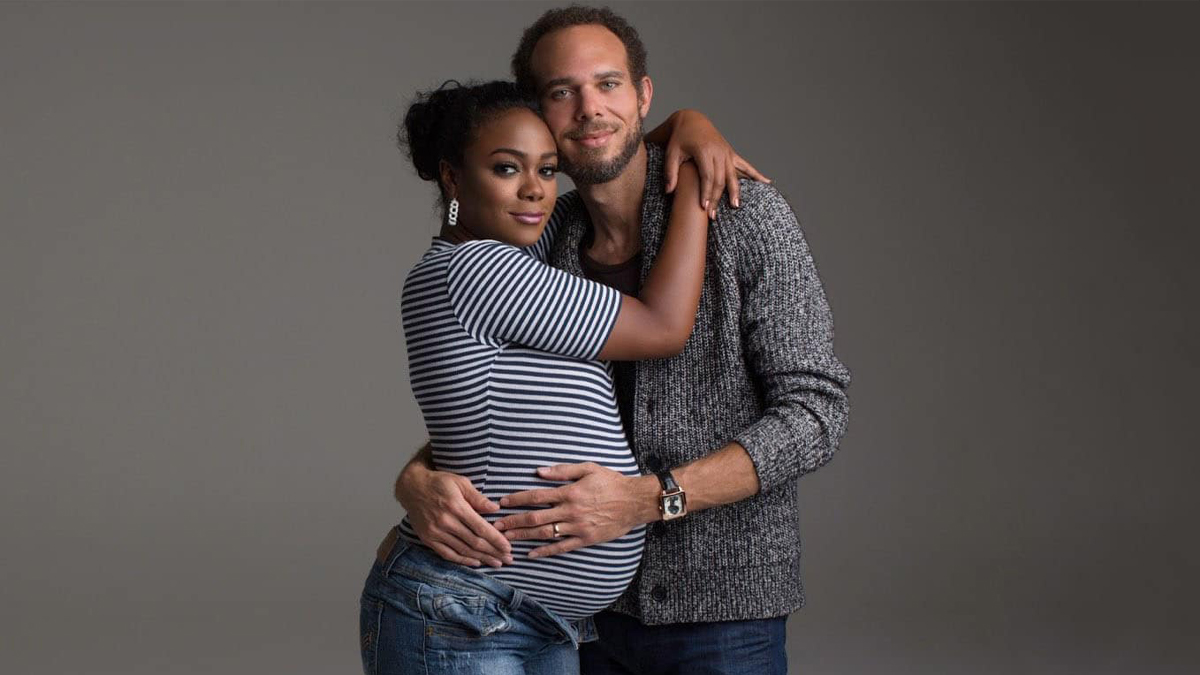 The love story of The Fresh Prince of Bel-Air actress Tatyana Ali and Vaughn Rasberry was an eHarmony affair. Yes, that’s right, they both met on that dating site around 2015. As per gossip mills, things started the old-fashioned route by exchanging letters. It was followed by the modern way of Skype calls before the two finally met in person. While Tatyana has been a popular face since the 90s, her husband, Vaughn Rasberry, was an unknown figure. He came to the limelight after getting linked with his lady love.

Vaughn Rasberry is “kind, generous, intoxicatingly brilliant and super sexy love,” according to Ali. She also calls him “my sun” and believes herself to be “blessed to share this life with you.” Now, let’s get introduced to the man who stole our loving Ashley Banks’s heart a bit further.

Vaughn was born in the state of California, USA, on August 16, 1978. That makes him a Leo and currently 44 years of age. His ethnicity is rumored to be mixed. On the educational front, Vaughn is a qualified man. After graduating from high school, he got enrolled at Howard University in 2000. Vaughn studied English Language and Literature there. Post that, he joined the University of Chicago and obtained his M.A. in Humanities. He went on to do his Ph.D. at the same university in 2009.

He is still very much engrossed in his studies and enjoys broadening his knowledge in many areas. Some of Vaughn’s favorite subjects include:

After being together for around 2 years, Tatyana and Vaughn tied the knot on July 17, 2016, in Beverly Hills. It was a “pretty amazing” and cherished occasion with “just a little over a hundred people.” Ali was very “excited” and felt “blessed” as “our closest friends and family” witnessed the union.

The “good celebration” had an “upscale Caribbean vibe.” The music was a mix of different genres like hip-hop, Afropunk, and Trop house. They also took note of little things to “really experience” the moments. Ali is a “chocolate” person, and “Vaughn loves Vanilla,” so they went for “a tiered cake” for both “to share.” Then there was “a wishing tree” for guests to tie ribbons and make a wish that they intended to “bring with us.”

The Couple Has Two Sons

Tatyana was pregnant with their first child during her wedding. She was eagerly waiting “to see my baby” and enjoy the “smell.” Well, just 2 months later, on September 2016, her wish was granted. It was a baby boy whom they named Edward Aszard Rasberry. Fast forward to August 15, 2019, they had their second boy, Alejandro Vaughn Rasberry. He turned their “sleepless nights” into “deliriously fun.”

During 2008-2009, Vaughn Rasberry received a Fulbright scholarship. This gave him the opportunity to teach at the Humboldt University of Berlin. Vaughn got fellowships in many other universities, including Pittsburg and Willamette. His extraordinary work earned him the ‘Guest Lecturer Award’ in 2008. He received it from Tokyo International University. Vaughn presently works as an assistant professor in English at Standard University. He also teaches at the Center for Comparative Studies in Race and Ethnicity.

Besides being involved as a lecturer, Vaughn is also an established author. He wrote many books. But “Race And The Totalitarian Century: Geopolitics In The Black Literary Imagination” got maximum fame. It got published in 2016 through the Harvard University Press. In 2017, Before Columbus Foundation presented him with the ‘American Book Award.’ He also got the ‘Ralph Bunche Award’ in the same year. It was given by the American Political Science Association. You will also find several articles and essays by Vaughan. The most famous ones are:

The renowned writer has also penned for online magazines. “The shape of African American geopolitics,” published on Aljazeera in 2012, is one of them. Another example is “The Devil Wears Pravdain,” which he wrote in 2017 for Public Books. After such a defining career, Vaughn Rasberry is estimated to have a net worth of more than 6 Million USD. As far as his personal life goes, he prefers to keep it low-key. However, you can catch him on Twitter.