Skip to content
Home  »  Relationships   »   Why a Divorce Can Be a Good Thing for You? 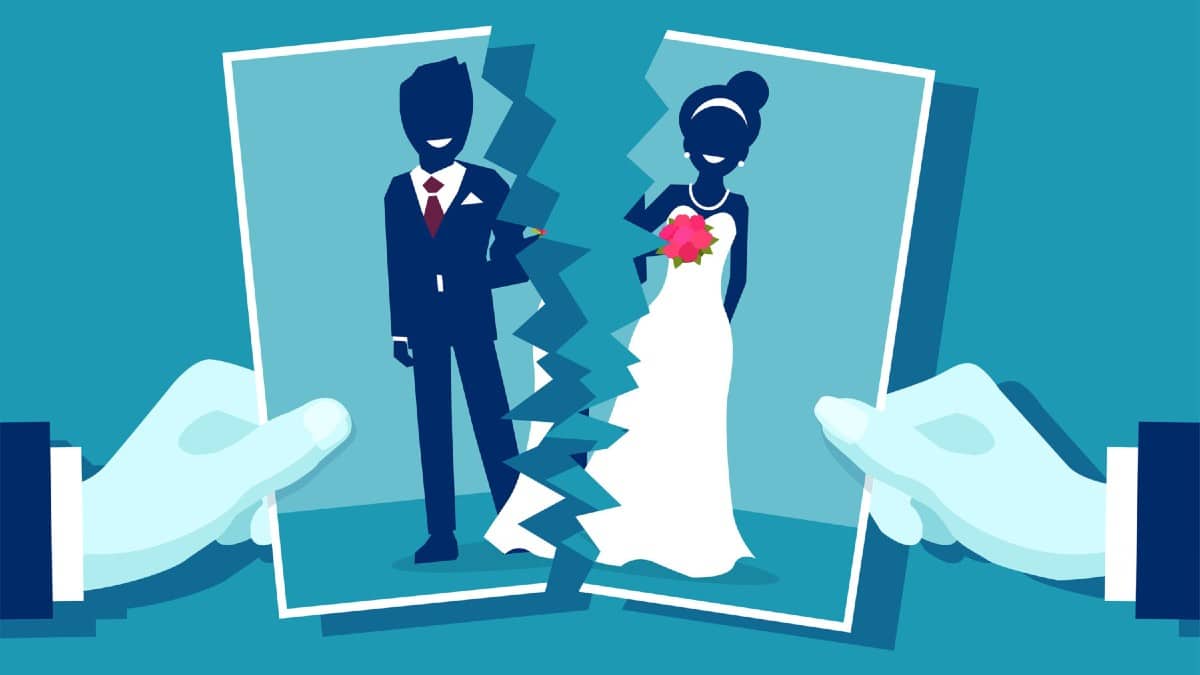 Divorce marks the end of a relationship that was meant to last a lifetime. More often than not, it causes hurt, pain, and anger. It isn’t something that happens only between two people, because it affects their children and families too. But people change and so do relationships. It is possible to fall out of love or to develop an unhealthy relationship even with someone you love. Sometimes, such things are not anyone’s fault.

A divorce can be liberating. It is a much better decision to leave than to stay in a bad marriage. No one gets into a marriage thinking of a divorce. People work towards sustaining their marriages and divorce is often the last resort, if not even that. But not all relationships in the world are meant to last. And not all people in your life are meant to stick around forever. Sometimes, coming to that realization can be the hardest part.

See Also: What To Ask Yourself Before Moving In With Your Partner?

Why Are People Against Divorces?

A lot of cultures in the world are against divorce. They have been stigmatized to a point where people prefer staying in a loveless marriage to getting a divorce. In such cultures, marriages are held in very high regard. Weddings are considered the most auspicious ceremony and the matrimony between two individuals is the most important bond, never meant to be broken. The idea of divorce not only threatens the sanctity of a religious wedding ceremony but is also believed to be a betrayal to God and a blemish on the family’s reputation.

Moreover, a woman’s value is attached to her marriage in many parts of the world. Her worth is measured by the way she takes care of her family so that she is forced to prioritize them above her career and happiness. The thought of her ending the marriage and leaving her husband if she is unhappy or unsafe is unacceptable.

Another major reason for avoiding divorce is not wanting to hurt the children. It is known that when a child’s parents get divorced, they are bound to go through a rough time because it is a big life change. However, children pick up on their parent’s fights. Keeping a marriage how it is, especially if it is toxic and unhealthy, will only make the children develop a contorted idea of love and relationships.

If a marriage is not serving the purpose it is supposed to, that is keeping two individuals happy and fulfilled, it is not worth sustaining it for the sake of children or society. Parents are often their children’s role models. And if they make sure that their children understand that a divorce doesn’t mean that they will stop being a family, then it can be a healthy process that doesn’t hurt much.

Divorce Rates in the World

Divorce rates can be shockingly high or plummeting, depending on the country and its culture. For instance, in South Asian countries, divorce rates are usually between 5% to 10%. Low divorce rates don’t indicate a higher number of successful marriages; it actually attributed to people’s fear and reluctance in ending a marriage because of the stigma attached to divorces. Women, especially, are expected to endure all pain and mistreatment in their marriages and put their husbands before them. Society doesn’t allow women to be independent, because of which they are forced to stay in an unhealthy marriage.

Countries such as the United States of America, France, Russia, etc. have high divorce rates between 40%-50%. In the culture of such countries, marriages don’t have the same sense of finality attached to them. While they are still a big deal, it is also common for people to have multiple marriages in search of the right partner. There is lesser stress on getting married and independence is given higher priority.

According to reports, more than 70% of divorces in the U.S happen because of infidelity. In countries with low divorce rates, people tend to not threaten the religious sanctity of their marriage. In India, the biggest reasons for divorce are abuse and violence. Here, divorce is people’s last resort. In such cultures, it becomes an option people only opt for in extreme circumstances.

How a Divorce Can Help You Find Yourself

After being with someone for a long time, being alone can be difficult. A lot of people struggle with leading separate lives after a divorce. It takes time to get used to. But there is a silver lining to this ordeal.

A divorce can be liberating. If you chose to separate ways with your partner, there must be a strong reason behind it. Whether it was a mutual separation or a hard one, you now have the time to be alone. All that energy you earlier spent on working on the relationship, you can now spend on yourself. You now have the opportunity to be selfish, to do things you love, perhaps even to try something you didn’t get the chance to earlier.

Being alone with yourself gives you the freedom to listen to your body and thoughts. It gives you the chance to understand yourself better. And to be in a good mental space, it is important to know yourself as much as you can. After getting away from a relationship that you had to perhaps labor to sustain, you now have the space to relax. This time is precious because it is completely devoted to you. And while life goes on, you should let yourself marinate in all your feelings and allow yourself to process.

It is important to be gentle and patient with yourself. Give your mind and body the time to heal and process emotions. Being alone with just your thoughts can be overwhelming. You can try seeking the help of your friends, family, or a professional so that you have emotional support. There will be days when everything will be incredibly hard but it will pass. You need to remember that.

Starting a New Chapter in Life

A divorce may mean the end of something bitter but that also means that it can be the start of something beautiful. It means starting off without a partner, and while you may feel alone, your best companion for the rest of your life is yourself. That doesn’t mean you won’t find love again. You will and perhaps you will deal with even more heartbreaks, but this divorce will only make you stronger.

Once you are out of a situation that wasn’t best for you, you will know better what you want for yourself. You can give focus to things that are important to you. This new chapter means that you get to embark on a new journey, one that you are solely responsible for. It means you get to change aspects of your life that didn’t make you happy before. And that can be the most liberating feeling of all.

8 thoughts on “Why a Divorce Can Be a Good Thing for You?”