Skip to content
Home  »  Mental Health   »   Why Are Slime Videos So Oddly Satisfying For The Viewers? 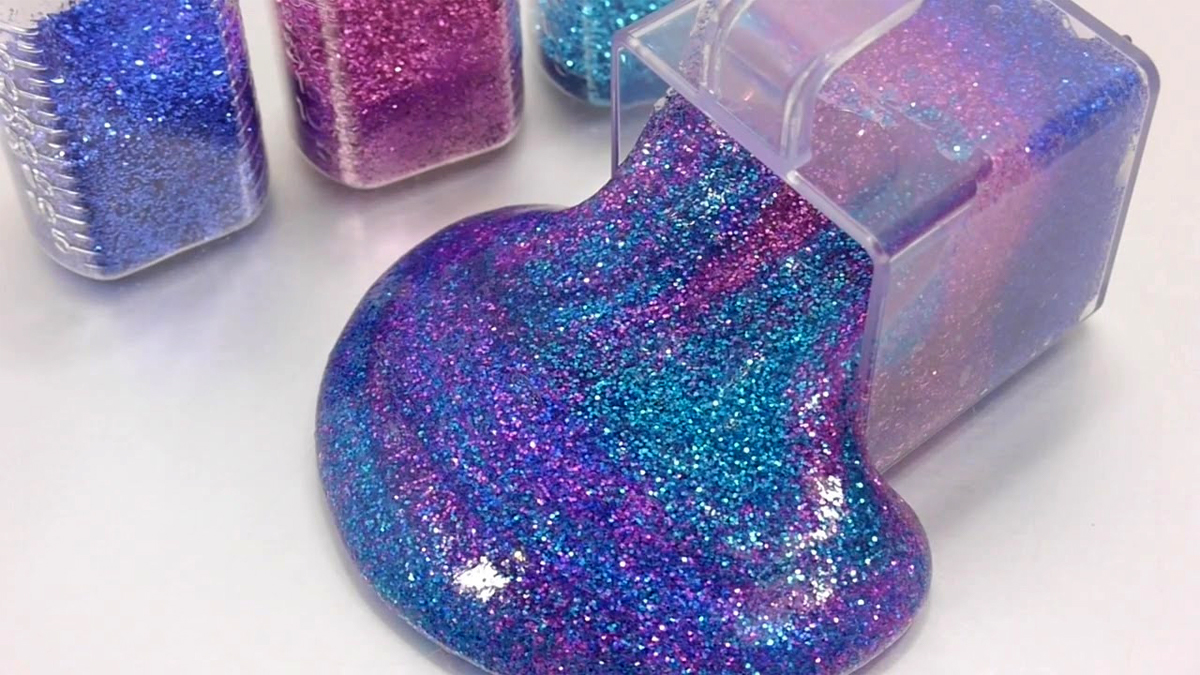 I was scrolling on Instagram, one reel after another. And I came across some artistic videos with two common words in the caption – oddly satisfying videos, ASMR. Slime videos are the most watched videos due to their nature of smoothness and producing calmness in one’s mind. I kept watching the video for a while and found myself getting lost in it. I felt a tingling sensation in my palms. Not understanding back then what it was, after the trend went popular, I researched about it. Now let me help you understand why slime videos are so oddly satisfying.

What Does The Term ‘Oddly Satisfying’ Mean?

Oddly Satisfying is the tag that is used for videos that stimulate relaxation and calmness through visuals or sound. It consists of repeated patterns or actions that unexpectedly keep the audience engaged and promote happy hormones. A person finds these videos oddly satisfying and pleasing due to their rhythmic patterns like someone brushing their hair, or dipping their hands in glitter or gooey substances like slime, clay, etc. Since these oddly satisfying videos are so soothing, they come under the ASMR umbrella.

SEE ALSO: Meditation or Therapy – What Should You Choose?

Are Slime Videos Really That Satisfying?

As kids, my friends and I took slime and scared each other by slipping it in one’s tee or throwing it on someone in the dark. We had our laughs. Little did we know slime had much potential to calm a chaotic mind just by its ‘slimy’ nature. In 2017, slime videos became the biggest DIY trend which led to a shortage of glue in the US. These visually captivating videos had everything to capture the human mind’s attention; repetitive patterns, symmetry, gentle noises, hand movements, and the nature of the material.

The best part is that you do not need to rely on slime videos alone to put yourself in a better mood. You can get your own slime at a cheaper price and enjoy the gooey substance to de-stress your mind. It is true that when you watch these videos, you get an ASMR sensation in your neck and head. It feels as though you are performing these activities yourself. That’s why slime is a popular substance that a person can watch in videos and also use in real life for a similar result.

Why Are Slime Videos So Relaxing?

ASMR videos or slime videos in particular are relaxing due to their ability to lower the heart rate, giving an intense feeling of relaxation. They make the screen more colorful and glossy. It feels like you are getting a “braingasm!” Specific areas of the brain are targeted by these videos releasing dopamine and oxytocin for a calmer, happier mind. These are the same hormones that are released after eating sugar or getting intimate. Slime videos are in particular a psychological delight due to which you experience these brain tingles. But why?

Because you watch it turning from solid to semi-liquid and then back. That comforting feeling of the substance changing its shape and sometimes the colorful patterns on it, with a light sound of crackling, brings the mind to ease. The way it feels on the fingers helps in releasing the stress and it’s always fun to stretch it and watch it go back to its initial state. It is a type of micro therapy for many resulting in reducing anxiety for free. Massaging the slime is like massaging your mind.

Other than slime videos, there are many ASMR videos that come in the category of oddly satisfying. Certain sounds or patterns can give a positive trigger to your neurotransmitters helping you release that stress or calm anxiety.

Cleaning a greased, dirty, or dusty surface and making it spotless gives the urge to be OCD. Just a single swipe on the dirty floor and it changes the color to cleanliness, how oddly satisfying is that? Just by thinking about it, I got a braingasm! Cleaning and washing ASMR videos include different methods like pressure washing or foaming a surface. They are obviously not limited to cars or mowing lawns. They have a wide variety you can enjoy and maybe learn from. Highly visually appealing, these videos bring a long-term calmness to the viewer.

Nature is a powerful healer. There is nothing that nature doesn’t have the power to do. Keeping that in mind, gardening videos are considered oddly satisfying due to their ability to make a person feel more connected to the outdoors. Gardening is known to have tremendous effects on your mind, giving you psychological, spiritual, and healing benefits. Watching gardening videos can have nearly similar effects.

These videos include planting new seeds and watching them grow into a plant through time lapses. Watching the seeds pop, roots grow, leaves and flowers budding gives a relaxing stimulation to the brain. And hey, maybe you can get a new idea for your interior or garden decor.

Who doesn’t love the taste of perfection? When two loving souls meet and their hands fit perfectly, these perfect-fit videos are more perfect than that. These include short clips of objects fitting perfectly into one another. Such videos could also include a car perfectly fitting the parking spot, boxes or bottles aligning on the shelf without leaving out much space, etc. It gives a sense of neat and smooth work. They also resemble the dominance of deciding where to put things in order to form patterns.

Brush strokes with or without paint are seemingly the most satisfying sounds. However, watching colors spread on the canvas and hearing the brush strokes is a bonus ASMR video. The end result of forming a masterpiece is too satisfying. Painting videos also include mixing colors, hanging a paint bucket with a string to let the movement create a pattern, or filling colors perfectly on a page without leaving a spot. It is extremely satisfying.

These videos are usually simple and consist of metal being turned into jewelry, some object, or a tool. The most satisfying part however is putting the melted metal into a mold to create new metallic objects. These videos show a sense of control with smoothness as metal is not easy to handle irrespective of being so slippery.

SEE ALSO: Digital Overstimulation: How Can You Treat It?

What is Mirror Neuron Therapy?

Mirror neurons are motor neurons that are released when the person is watching someone perform a certain task as though they are doing the task themselves. These neurons have the exact same effect (deriving pleasure) in both situations. For example, watching a slime video has the same satisfying result as using slime with your hands by generating a euphoric sensation. The mirror neurons target the sense of feeling to make a person feel more relaxed and calm. Psychotherapy includes this method to help the patient feel safe, and calm, and lower the heart rate.