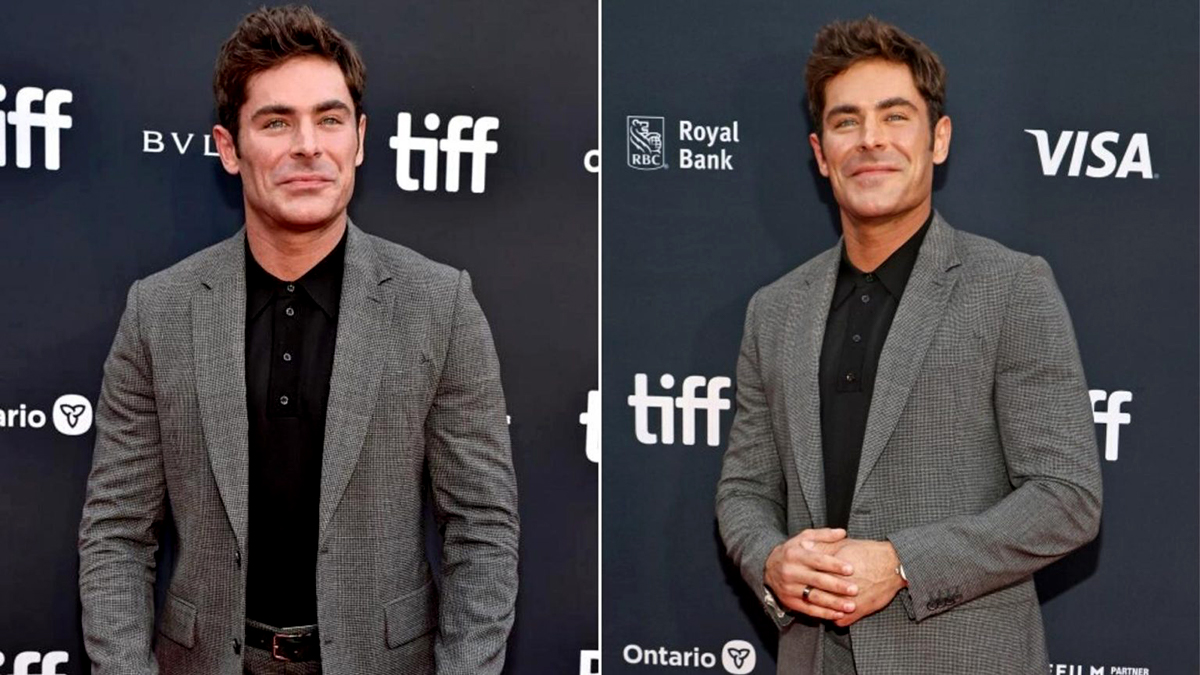 Zac Efron is back and ready to astound us with his stunning appearance. For the first time in more than three years, the actor, 34, appeared on the red carpet on Tuesday for the Toronto International Film Festival premiere of his film, The Greatest Beer Run Ever. And he has already taken the internet by storm!

What’s Different About His Look This Time?

Zac Efron wore a modest grey suit with a buttoned-up black polo underneath, and black shoes, giving him a dapper welcome back appearance. The Greatest Showman actor had a very different appearance the last time he appeared on the red carpet. With bleach blonde hair and a beard, Zac appeared at the 2019 Tribeca Film Festival for his movie Extremely Wicked, Shockingly Evil, and Vile.

SEE ALSO: All The Times Kim Kardashian Has Rocked Fashion On Red Carpet

How Did People React To This Sudden Change In Zac Efron’s Appearance?

The former Disney star may have changed his appearance throughout the years. But he recently shut down a rumor claiming that he underwent plastic surgery just last year. Zac Efron took part in Bill Nye’s “Earth Day” in April 2021. He only appeared in the film briefly. However, fans noticed his jawline was different from what they were used to seeing. People left comments like “Holy s**t I can’t believe Zac Efron is Handsome Squidward.” Someone else added, “I refuse to believe this is Zac Efron’s face now…….. yo who did that.” Another one commented, “Zac Efron is only 33, he literally has been one of Hollywood’s hotties for years…..why did he ruin his face like that.”

How did Zac react to people commenting on his appearance? He responded, “If I valued what other people thought of me to the extent that they may think I do, I definitely wouldn’t be able to do this work.”

The actor claimed that he had “shattered his jaw” in a recent Men’s Health magazine interview. The actor gave an account of how it happened, claiming that he slipped and smacked his chin against a granite fountain while sprinting in his home with socks on. He passed out and when regained consciousness, his chin was dangling off his face. The bottom line is that Efron’s jawline and chin did change, but not because he consciously decided to undergo surgery.

What Did His Supporters Have To Say?

While some commenters don’t believe that a slip-and-fall caused Zac Efron’s jaw to change, others defended the actor. “Zac Efron has been open about how he shattered his jaw and had to get reconstructive surgery and yet people are still mocking and attacking him for his looks,” one fan tweeted. “People are so mean.”

Zac Efron mentioned that he took the help of a doctor to resolve the problem. However, he didn’t continue with physical therapy when he appeared in the now-viral clip because he was still filming in Australia. He continued by saying that the masseters muscles on his cheeks, which are utilized for chewing, are why his face appears different. He told the publications that “The masseters just grew. They just got really, really big.” The actor’s mother was the first person to inform the actor that the internet went crazy and that many thought he had plastic surgery.

Why Did Zac Efron Leave The Spotlight For Many Years?

Wait… his injury wasn’t the only reason he stepped out of the limelight. So what else? Another reason why the 34-year-old has maintained a low profile over the years has been clearer to fans since he opened up about his battle with agoraphobia. Agoraphobia is an anxiety condition characterized by a fear of entering crowded areas and occasionally leaving one’s own home. “I just don’t go out,” Efron said in an interview with Men’s Health. “People in large groups, it triggers my agoraphobia.” Even though he is suffering from agoraphobia, he pushed himself and finally walked the red carpet with a wide smile, looking charming as ever!

About Zac Efron’s latest movie The Greatest Beer Run Ever

The 2022 American biographical action comedy movie “The Greatest Beer Run Ever,” co-written and directed by Peter Farrelly, is based on a book with the same name. Releasing exclusively on Apple TV+ on September 30, 2022, the movie stars Zac Efron, Russell Crowe, and Bill Murray.