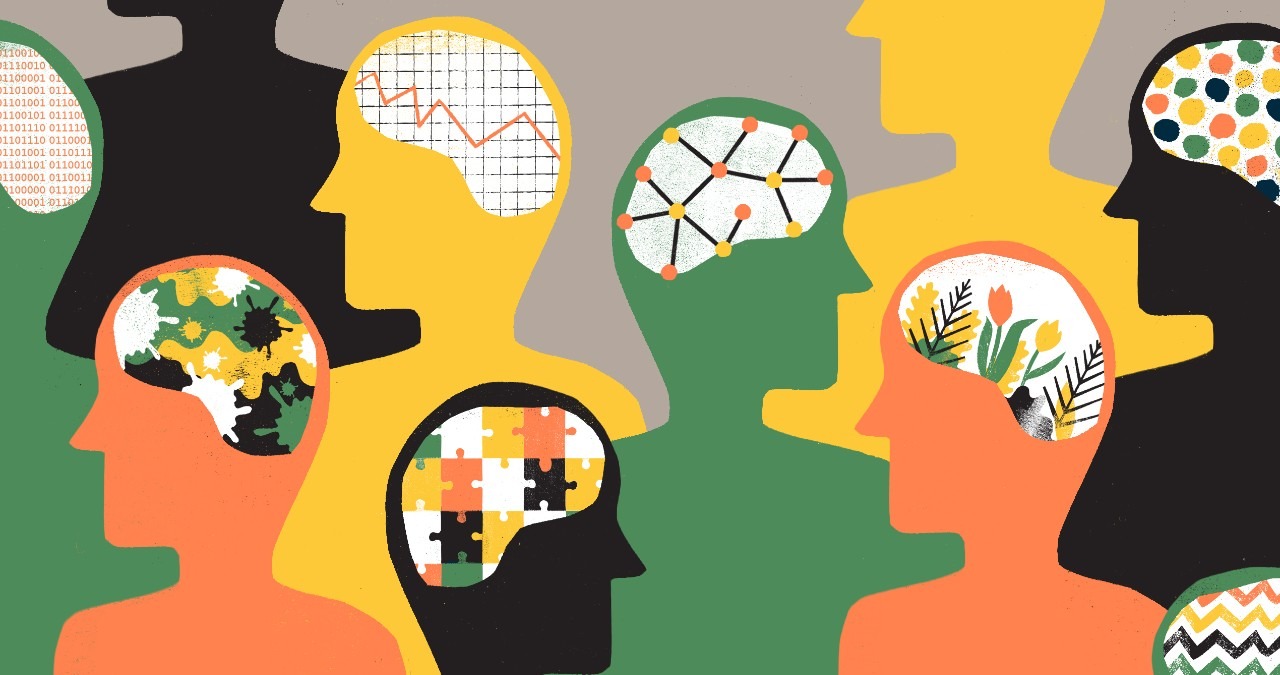 Neurodivergent (ND) people refer to those with a neurobiological conditions such as, but not limited to Autism, Attention Deficit Hyperactivity Disorder (ADHD), Dyslexia, Dyscalculia, Dyspraxia, Tourette’s Syndrome, Obsessive-Compulsive Disorder (OCD), Auditory and/or Learning  Disorders, etc. Neurodiversity/neurodivergence is the concept and an umbrella term that contains the conditions stated above. Divergent, by meaning, is different. In simple terms, neurodivergent means that the brain just works differently compared to that of a more ‘socially acceptable’ neurotypical (NT) one.

A Neurodivergent brain is different in the sense of its function, is often creative, and is good at solving problems. You could think of it like this- while an NT brain is wired to think in a linear manner, an ND brain will think in the forms of peaks and troughs, like a wave. Having said that, contrary to the uninformed but highly prevalent myth, an ND brain is not ‘abnormal’. It is just different, and absolutely nothing in this regard is right or wrong, acceptable or outcast.

Why Neurodivergence Is Still Not Common Knowledge?

Neurodivergent people have always been there around but rarely acknowledged as well as validated, many due to the reason that it is a hidden condition in most cases. This means that many ND people might themselves not know that they are one until they’re diagnosed or observe traits similar to those. As a society, there is a troublesome need to search for the ‘normal and acceptable’ that actually furthers ND folks into thinking that they’re not able to fit in. Many times we would see them masking themselves, which is a way of trying to act or behave in the neurotypical way which increases the pressure on them because they’re simply not being themselves. It shouldn’t be like that- people regardless of their neurotype should never be made to feel like they’re an outsider or cannot ‘fit on’ to some made-up societal norms just to be able to be treated with equality.

Life is already challenging to ND peeps as they navigate their way through it. Unfortunately, there are also mental health conditions associated with being ND, like depression and/or anxiety, mostly caused due to their suppression of being able to express themselves freely in society. The utter refusal, as a community, to include ND people just as it’s done for NT folks by default is one of the underlying causes for all this to not being commonly known and understood.

SEE ALSO: How To Help Your Friend During A Panic Attack Or Anxiety?

Neurodivergence exists on a spectrum. It means that every single person will have different types and intensities of their unique traits and different approaches to tasks. To be very honest, isn’t it truly wonderful to be of so many colors altogether?

Having said that, relationships with other individuals are another big aspect that impacts differently. ND people can be sensitive to sounds, touch, and bright lights. This is known as sensory overload. These things act as triggers that can lead to breakdowns.

Understanding and support need to be there to assist them to express themselves and not being overwhelmed by such triggers. Every ND person is unique on their own and that comprises their traits, skills, how they cope with different tasks, and what is their approach. Each individual is different and has his/her one-of-a-kind action/reaction to varied instances.

Get to know about what life actually is for folks on the spectrum, there are numerous traits that they show regarding how they function. Just like no two NT people have the exact same traits, it is similar with respect to ND people.

How to Be an Ally?

Autism is a neurotype, not a disorder. So is every other neurotype. They cannot be ‘cured’. They are simply just different ways the mind has been beautifully and uniquely wired. Acceptance is key.

Neurodivergence has no ‘look’. As many times as we have seen the portrayal of ND characters (hardly any ND folks in real life), the reality is far from this, is unexplored, and actually exists as a spectrum. An ND person might or might not show certain traits, like those which are wrongfully inserted into our minds over time making them a stereotype. Also, there is little fairness when ND folks are described and defined by neurotypicals.

Neurodivergence is not a disability, as it might have been assumed until now. Rather, it is just another approach to life because the functionality of the brain is different and not ‘different from normal’.

“If you don’t understand it, accept it.”

3 thoughts on “The Neurodivergence Rainbow”