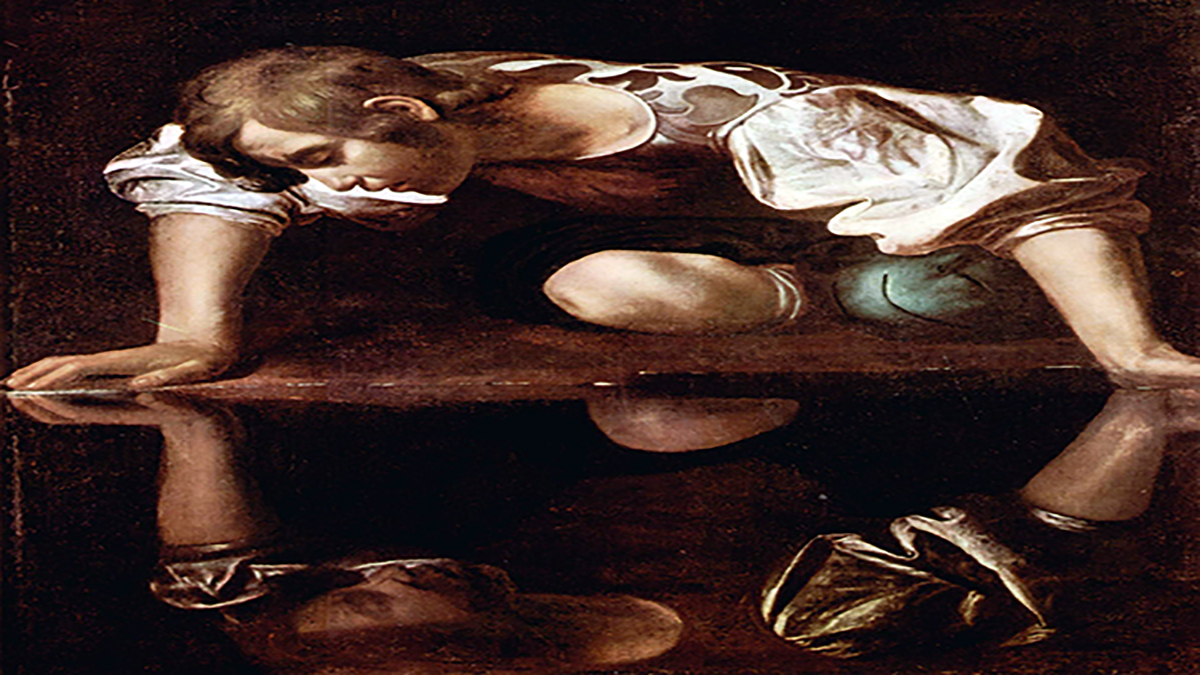 By definition ”narcissism” is the habit of admiring oneself ”too much.” But, most of us did not choose to become narcissists. The problem is with the fundamental question, how much is too much?

Narcissism is a problem or a disease that turns a person socially awkward, unsocial, and alienated from people. Self-love and self-awareness, on the other hand, are the basic rules that lead to fulfillment or happiness. In Sanskrit, there’s a phrase, ‘Aham Bahamansi,’ which means self-love is the key to happiness.

We all want to be happy. But our daily struggles make us hostile, resentful, scared, and guilt-conscious, and in our quest for self-discovery, we fall into a particular thinking pattern. What triggers narcissism is the lack of self-love. It’s fear, pity, or self-loathing that we want to hide or escape.

The first step to overcoming narcissistic tendencies is self-acceptance. Most of us are trapped in the illusion of faking perfection. It is the dilemma of how much is too much that makes us resentful or self-centered.

In simple words, narcissism is the state of mind where a person thinks of themselves as the higher self or magic that can manipulate or control everything around them. It will not be an overstatement to say that narcissists consider themselves the central protagonist of the Universe.

If there is rain outside, a narcissist would say it’s because they are upset or happy. Their sense of higher self and connection to God is more potent than someone who has never had a spiritual awakening. At times, narcissists are manipulative crowd-pullers. They might even convince you they are the rarest creatures of God’s favorite child, and you are nothing. In most cases, narcissists suffer from an inferiority complex due to their appearance or looks. They may be in love with themselves. Otherwise, it’s just their complexion, weight, or height that has been made fun of consistently until they resisted and said, ‘not anymore!’

SEE ALSO: Discipline Is the Highest Form of Self-Love

What is the Role of Spiritual Awakening in One’s Life?

Spiritual awakening is a complex process when you feel naked in front of God. But there’s no shame about the Past or any worries about the future when you stand tall in front of God in the present. All you need is a realization, a sign or symbol that you are blessed and you are the children of God. God never denies or forgets the children. It’s just a delay.

There’s a difference between being a child of God, God’s favorite child, or being a God. To me, we all have our moments to play God for the voiceless or the powerless. Self-love is the realization that my body is important because I haven’t created it. It’s God who acted through our parents or the blessing our parents have earned through their ‘good karmas’ that created our perfect bodies.

The notion of perfection, however, varies from person to person. To me, a perfect body isn’t fair or dusky, tall or short, or thin or fat. Nor the ideal faces like that of Bella or Gigi Hadid. Everybody is perfect in their own ways, and despite the imperfections, we are all God’s favorite children. It’s just that our timelines and life purposes or paths that are variable factors.

SEE ALSO: How Can Mindfulness and Gratitude Practicing Improve Your Behavioral Pattern and Personality?

How do Narcissists Behave?

Most narcissists believe that they are in love with themselves. But the thin line between ideal ego and ego ideal is a blur one in the case of narcissists. And when the world reminds them they are overdoing it, they think only they are correct, and the world is wrong or insane. This is one of the primary reasons narcissists go into isolation due to mental, spiritual, or emotional bankruptcy. Some retort to mental health institutes or become addicts to cope with the situation.

Quoting dialogue from the popular web series Sacred Games where the principal character Ganesh Gaitonde played by actor Nawazuddin Siddiqui says, “Kabhi Kabhi lagta hai apunich Bhagwan hai!”-Sometimes I get the feeling that I am God. He was a narcissist who forgot the concept of higher authority or higher Power as he forgot the thin line between narcissism and self-love and that he was merely meant to play God for a while.

God is a Gamer, and he always punishes those who get distracted or trapped in delusions. Even Ganesh Gaitonde perishes at the end of the web series despite having everything.

Narcissists are fallen angels who are under a dangerous incurable spell. They are prisoners trapped within their own bodies, leading to repeated failures, unbearable pain, and endless misery. With time, the problem becomes chronic or fatal, and the only way to overcome it is by surrendering ourselves to Higher Authority or Power.

One thought on “The Thin Line Between Self-love and Narcissism”