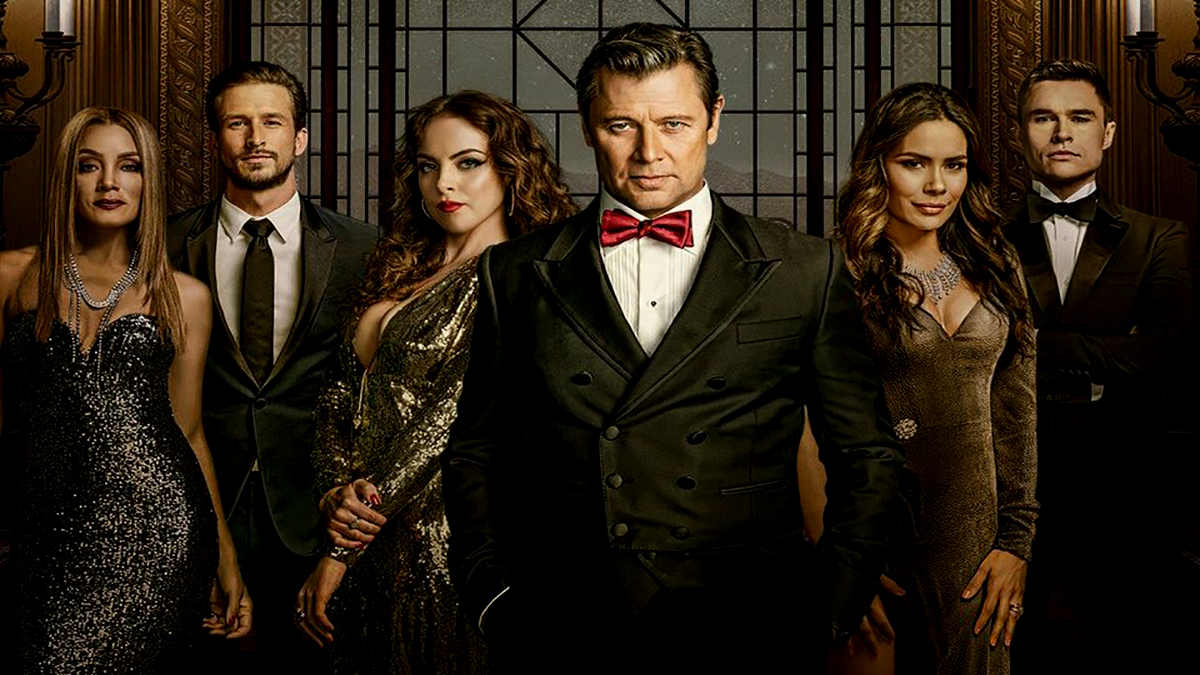 Dynasty caught everyone’s attention when people raved about just how crazy the show was, in a good way, of course. Dynasty has managed to grasp all our attention for five long seasons. The family drama, the badass women, and the beauty of it all lies in the story and beyond. If you haven’t watched Dynasty yet, now is the time. With its most recent season now streaming, you can catch up on all the crazy that you missed so far. Here are 7 reasons why you need to drop everything and watch Dynasty.

The Glitz and Glam

Sometimes you watch a show for the plot, sometimes for the characters. Dynasty, however, steals the spotlight with the glitz and glam. We don’t just mean extravagant outfits and accessories that go with it, although they are pretty stunning. Dynasty catches everyone’s eyes with just how extra it is. The beautiful house, the even more beautiful interiors. While trying to figure out the plot, you’ll find yourself on Amazon trying to find a replica of their golden china set. Also, we can’t forget to mention the oh-so-glamourous parties, but those deserve their own limelight.

The Carringtons know how to party, and also know how to throw a party. When you’re that rich, there’s no doubt you’ll go all out when it comes to hosting an event. And don’t forget, the Carringtons take care of their guests very well. Every season, Dynasty has made sure to show off its party planning abilities. Whether it is the declaration or the theme. Not to forget the drama which takes place at the planning stage and sometimes at the party itself.

Dynasty is a Mix of Some of Your Favorite Shows

This show has everything. Drama, romance, sex, sexuality, dysfunctional families, diversity, catfights, bitch-slaps, murder – you name it, and Dynasty has it. This is why, you will often see a glimpse of some of your favorite shows in Dynasty, and the genre doesn’t matter. You will definitely see hints of Gossip Girl, Pretty Little Liars, The Originals, Vampire Diaries, and even The Bold Type. We highly recommend all these shows if you’ve enjoyed Dynasty.

SEE ALSO: Vampire Academy: Watch It or Skip It?

Fallon deserves an entire section to herself. Maybe she even deserves an entire article dedicated to her and her antics. As you swim through the seasons of Dynasty, you will find yourself in a love-hate relationship with Fallon. Sometimes you’re rooting for her when she’s being a badass queen. And sometimes she’s making you want to pull your hair out. There’s no in-between, and that’s what makes her character so much fun.

The Intricate Storyline of Dynasty

As Dynasty spans over five seasons, it’s a given that there will be several plots and subplots. However, Dynasty can get confusing from time to time, but even then, it’s a whole lot of fun. We recommend drawing a Carrington family tree, to begin with, list down all their issues and connections, and keep adding on as the show progresses. This intricate storyline serves as one of the most entertaining shows in the history of television.

Sure, we’ve all seen shows with dysfunctional families and their drama. However, Dynasty takes it one step further. Actually, it takes family drama to a whole new level. There is never a dull moment in this family. There are wives, kids, fathers, cousins, and without spoiling the show for you, just a whole lot of trouble. We can assure you that you will be entertained from start to finish, and will definitely need a bowl of popcorn with you.

The production department of Dynasty, along with the camera department, has done an exceptional job with putting this show together. There were several locations covered in this show, each one better than the other. Whether it was a fight scene or the family sitting together for a meal, every detail was looked into. Each frame of Dynasty was perfect. If you take your time with this show, and pause every now and then, you will appreciate every little intricate detail that went into the making of this show.

One thought on “7 Reasons Why You Should Watch Dynasty”