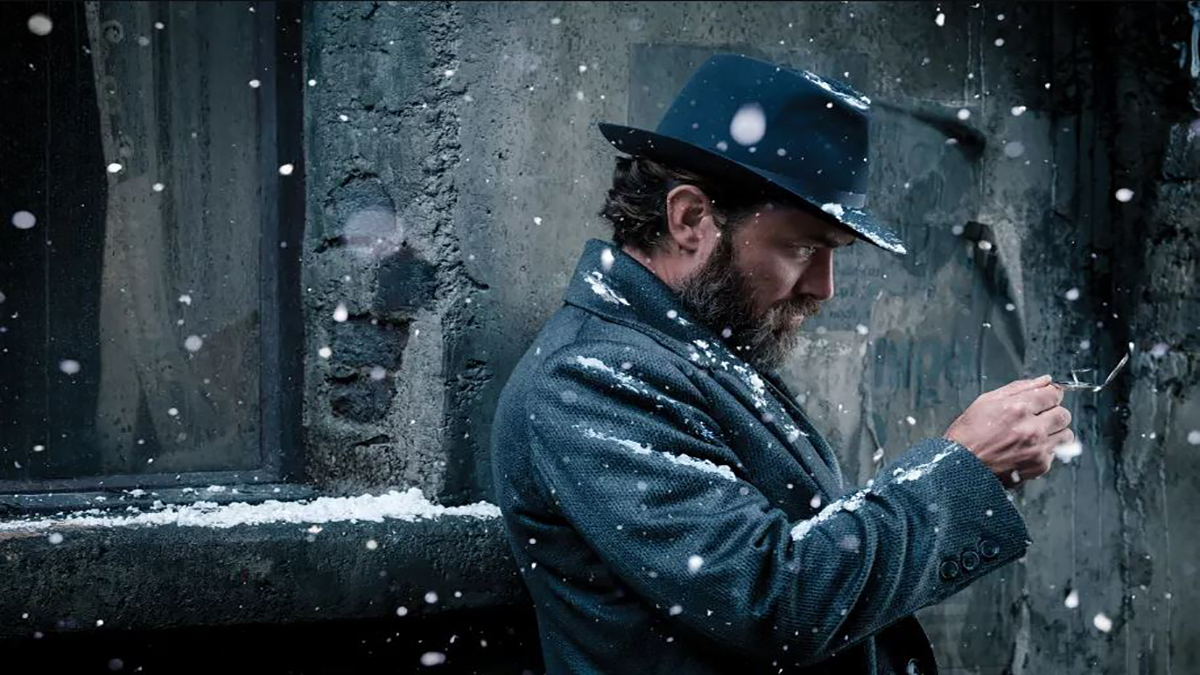 If you are planning to watch the series, here are the things you can expect from The Secrets of Dumbledore.

Who Is Credence Barbone?

In The Fantastic Beast’s second installment, Fantastic Beasts: The Crimes of Grindelwald (2018) it was revealed that Credence Barbone (Ezra Miller) is actually Aurelius Dumbledore, the unheard sibling of Albus Dumbledore. However, in this film, it is revealed that he isn’t the brother of Albus. The film gave a twist, by revealing the fact, that he is the illegitimate son of Aberforth and Ariana.

Dumbledore’s Love for Grindelwald Is The Biggest Secret

The audience always knew there was a deeper connection between Albus Dumbledore and the dark wizard Grindelwald. It was already confirmed by JK Rowling in 2007, but it wasn’t made clear that it was a gay romance. However, their relationship was special because they also made the Blood Troth with each other. In The Secrets of Dumbledore, for the first time, he reveals that he was deeply in love with Grindelwald. He opened up about his feelings and told Newt as well. Answering a fan, Rowling said “Dumbledore fell in love with Grindelwald and was blinded by it. This was Dumbledore’s tragedy,” reported USA Today.

SEE ALSO: Leila by Deepa Mehta Will Leave You Perplexed!

The Blood Troth They Made Was Finally Destroyed

The Blood Troth between Albus Dumbledore and the dark wizard meant neither of them could make a move or harm each other. However, when Grindelwald was trying to kill Credence, Albus wanted to stop him they do end up in a cinematic battle. Though at this point, Dumbledore was trying to protect Credence rather than attacking Grindelwald, when the spells of the duo met, their Blood Troth was broken.

Queenie and Jacob Got Married

When Queenie first joined Grindelwald’s causes, she thought that it will pay the way for her to reunite with Jacob. Ever since they met in Fantastic Beasts and Where to Find Them, they faced difficulties in meeting because Queenie was a witch and Jacob was a muggle. When Grindelwald announced that the witches and wizards could love whoever they want, she believed him and supported his causes. In The Secrets of Dumbledore, Queenie regrets her decision to join Grindelwald’s causes knowing how they treat muggles. She was lost and disturbed without Jacob. Finally, the pair reunites and gets married in a small wedding ceremony before the Walk of the Qilin Ceremony.

When everyone got their suitcases seized, in the film, the fake creature decided to appoint Grindelwald. Newt’s assistant Bunty Broadacre really saves the day in the film. After Newt’s case bursts into flames, the audience is given the impression that Qilin has been destroyed. However, soon Bunty arrives in disguise as one of the officials to unlock and deliver the actual case. She had been protecting the real one, and therefore, Newt’s magical creatures were all safe and the true leader of the Santos can be elected.

SEE ALSO: Is Fame Game Worth the Watch?

Grindelwald did try his luck and attempted to steal the crucial election, but he wasn’t successful at his goal. When the Qilin was all set to choose their new leader, they decided on Dumbledore. Even though Dumbledore wasn’t a candidate and didn’t want to take the position, they suggested him. Though he was flattered at first, Dumbledore humbly refused the position and reminded the Qilin that there was another person who was worthy of the position. As that person turned out to be Vicência Santos, she was chosen as the Supreme Mugwump.

Overall, The Secrets of Dumbledore delivers what it promises action, romance and intrigue. And the secrets are worth knowing if you are eager to witness what started the historic duel between Albus Dumbledore and Grindelwald.

Is There A Secrets of Dumbledore Book?

There isn’t a book on The Secrets of Dumbledore. However, the original screenplay is available in a hardcover format written by J.K Rowling and Steve Kloves.

The Secrets of Dumbledore first premiered in London on March 29, 2022. It was theatrically released on April 8 and April 15 in the United Kingdom and the United States, respectively.

While some people think it’s the best of the franchise, others think it’s too dark for the young folks and too silly for the grown-ups. So far, the film has grossed over $405 million worldwide, becoming the eighth highest-grossing film of the year. The Secrets of Dumbledore answer many of the plotholes, but do you think it has lived up to the expectations?

2 thoughts on “All About The Secrets of Dumbledore”