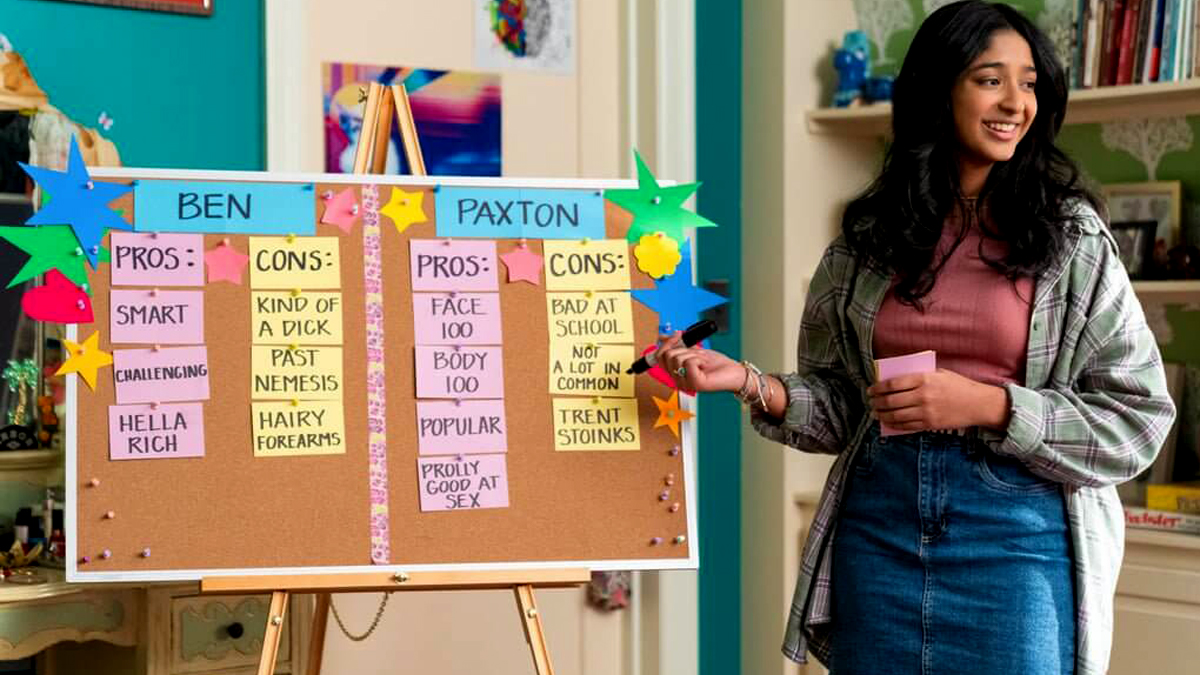 Devi Vishwakumar, played by Maitreyi Ramakrishnan, is the most honest character Mindy Kaling has given us. Each character from Never Have I Ever has taught us more than we could learn from other series. But there is one character who each one of us can relate to at some point – Devi Vishwakumar. Let’s see how many matches we get with this messed up yet loving teenager!

Devi puts the ‘D’ in drama because she manages to be dramatic in almost every situation, no matter how serious or casual. In fact, this aspect of her personality is among the first few highlighted right from the first scene of the first episode of Never Have I Ever (remember her praying to the Indian gods?) Are you a drama queen, as well? If yes, then you’re cooler than you think you are.

SEE ALSO: Never Have I Ever: 10 Times We Rooted For Devi Vishwakumar

You Are Rebellious and Gutsy

Devi Vishwakumar goes against her mother “like forty times every day” and gets grounded all the time because of the same. Of course, she doesn’t stop at just that. She also happens to be someone who doesn’t think twice before stealing the arguments and rebuttals of her opponents in a national-level debate (because she knows they’re cheating, of course) or before throwing iced coffee at her boyfriend’s face (when he disrespects her, of course). How often do you get into trouble for not following ‘the rules’?

Devi Vishwakumar makes falling in a hallway full of people appear as something one doesn’t need to be ashamed of. In fact, one doesn’t need to be ashamed of their clumsiness at all. Like Devi, you might not be the best at making small talk with your crush and might even get caught while cooking up (terrible) excuses and stories. But all of that doesn’t really stop you from being a badass, does it?

You Never Settle For Anything Less

Nothing is impossible for Devi, for she manages to achieve it all (not quite effortlessly, though). If you consider yourself to be like her, then you might be someone who doesn’t find it too hard to boost your lower grades to straight’A’s or to connect romantically with someone you considered to be out of your league once upon a time. While nothing comes easy, it’s all worth the effort for you.

Devi taught us that one doesn’t need to fit in where they are. At the same time, not fitting in doesn’t always have to mean the same as standing out. Just like her, you might be awkward and invisible at your school or place of work. However, that doesn’t stop you from making amazing friends, getting excellent grades, doing superhuman things, and creating beautiful memories. In other words, you might not be an HBIC (or even someone noticeable), but still, rule wherever you are.

You Are an Overachiever, but Don’t Let That Get to Your Head

Devi might do a million things simultaneously and excel at all of them, but that doesn’t cause her to patronize her peers and partners. Her achievements are undoubtedly a part of her personality, but there is so much more to her than them. An example of the same can be seen when she chooses to stay back in California to spend more time with her mother instead of joining a boarding school for people as bright as her.

Your Dreams, Fantasies, and Hopes Help You Heal

Not all of us might believe in miracles until we experience or witness them. In Devi’s case, that happens when her paralysis gets cured as she tries to grab a look at her heartthrob, Paxton Hall-Yoshida. She admits in the third season that her dreaminess helped her get through the worst time in her life. Perhaps you might be like Devi if you have such unusual yet wholesome coping mechanisms.

You Fall In and Out of Love All the Time, but Don’t Make That Love Your Everything

Devi might have dated (and broken up with) multiple boys throughout the first three seasons, but her life doesn’t revolve around any of them, just as it doesn’t revolve around her work and achievements. If you see yourself in her, your positive attribute might be to fall in love easily but not let that love define you. In other words, men may come, and men may go, but she goes on forever (and so do you!)

You Never Abandon Your Loved Ones, Even if You’re Frustrated With Them

Devi might tell her mother that she hates her, go against her a billion times and even use the “B-word” against her. But she still wouldn’t ever abandon her (or remain ungrateful). Remember when she traveled all the way to Malibu to apologize to her mother after a fight just so that they could spread her father’s ashes together? While she does fight a lot with the ones around her, she doesn’t let her ego control her actions for too long.

Like Devi Vishwakumar, You Can’t Live Without Your Girl Gang

Let’s admit it, Eleanor and Fabiola are as iconic as Devi. The bond they share makes the three of them all the more loveable. It becomes clear to the viewers from the first episode itself that each member of this entertaining trio shapes the identity of the others. If you feel you are Devi, call your gal pals and tell them you love them!

You Apologize When You Know You’re Wrong

No matter how unapologetic Devi is about being who she is as a person, she knows that she must apologize whenever she goes wrong. Miss know-it-all doesn’t think she’s always right. Thus, when her actions and words hurt someone, she owns up to them and takes accountability (even if it is something like her rant about someone getting turned into a terrible rumor). If you aren’t ashamed of apologizing, you might be like Devi.

You Know How to Voice Your Jealousies and Insecurities

Devi makes us believe that it is okay to be jealous of the ones our ex-partners date after us and to feel insecure about our social standing and public image at times. However, instead of feeling miserable about the same, it is important to address our issues (no matter how trivial they appear to be). Thus, even if things don’t always work out at the end of the day, we know that we were, at the very least, honest. If you’re vocal about how you feel, well, there is a good chance that you’re Devi.

Devi Vishwakumar is Strong and Resilient

Devi might be unable to express her grief about losing her father in front of her therapist. But, even if she talks to Dr. Ryan about everything under the sun except her father, there is no denying that she is deeply broken and disturbed. Her ways of coping with the same might not be conventional, and her reactions to situations might not be perfect. However, despite it all, she manages to survive. It is important to understand here that we all have a Devi hidden inside ourselves, even if we can’t see her.

You Aren’t Ashamed to Cry

As Devi’s therapist says, “…you feel a lot. Which means sometimes, you’re gonna hurt a lot. But… It also means that you’re gonna live a life that is emotionally rich and really beautiful.” Devi doesn’t feel ashamed about her breakdowns and tears. In fact, when her boyfriend’s mother criticizes her for her emotional outbursts, she handles herself with dignity without letting her harsh words affect her.

SEE ALSO: The Empress on Netflix: Is It Worth The Watch?

You Always Manage To Speak Your Heart Out Like Devi Vishwakumar

Devi is perhaps one of the most badass female characters on Netflix. She has it in her to walk up to the most popular guy in her high school and tell him that she is into him. Furthermore, she is unashamed of having a breakdown in front of her nemesis. Be it in a classroom or a party full of unknown people, Devi will express herself no matter where she is. If you are as open as her about your feelings, well, it might be the fifteenth sign that you are Devi Vishwakumar!

With the fourth and final season of Never Have I Ever coming soon to your Netflix screens, we may be lucky to see a whole other side of Devi Vishwakumar. Let’s see what Devi has to offer us this time!