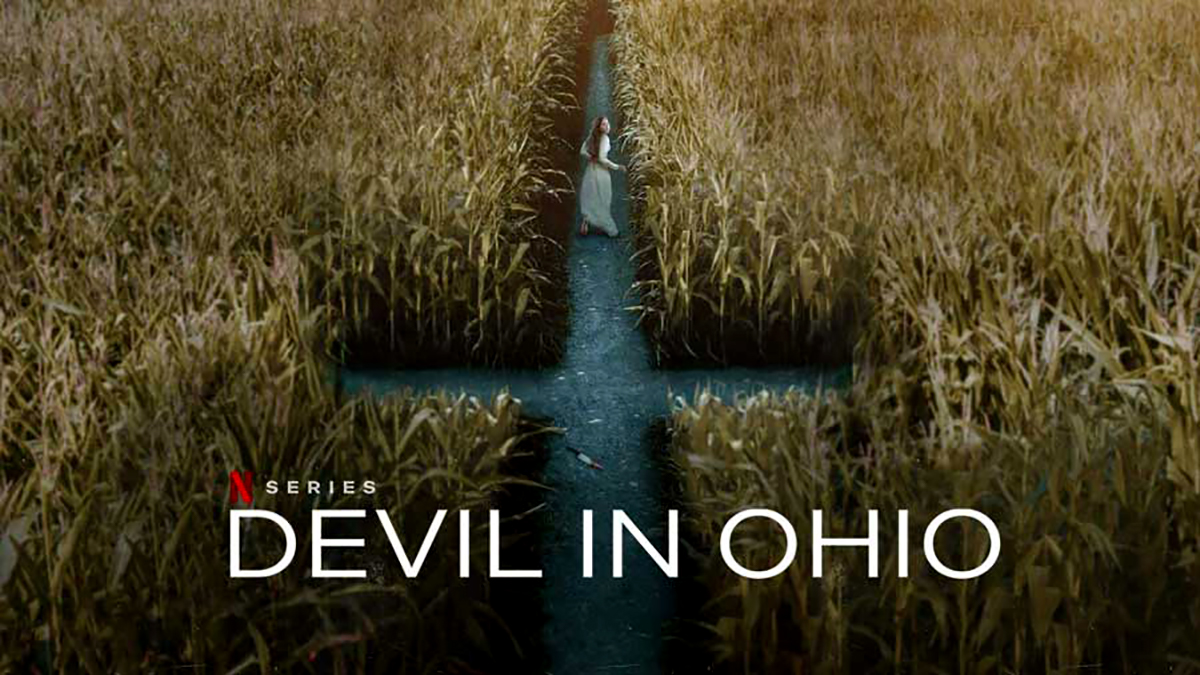 The release of the new Netflix show Devil in Ohio added yet another show on the cult map. Every day the demand for shows like Devil in Ohio increases. People tend to want to watch something out of the ordinary, and this show feeds perfectly into that trope. Devil in Ohio is a show about consequences and a series of unfortunate events that take place after the protagonist is welcomed into a home with open arms. Here is everything you need to know about Devil in Ohio.

What Is Devil In Ohio Series About?

Devil in Ohio begins with Mae, played by Madeleine Arthur, who is running away with a bloody knife in her hand. Mae eventually lands up in a hospital where Suzanne Mathis, portrayed by Emily Deschanel, is the head psychiatrist. Suzanne immediately takes on the role of a mother because Mae is a young girl and the same age as one of Suzanne’s daughters. The hospital refuses to keep Mae any longer. So, Suzanne decides to shelter this young girl, unwilling to have her shipped away somewhere unknown.

The Mathis family is forced to welcome Mae with open arms. Little do they know they are in for a whole lot of chaos. And now the family must fight to survive against a cult that Mae escaped from. Without a doubt, the plot of Devil in Ohio is a rollercoaster with several dips. But that’s what will keep you hooked from the first episode until the last.

Is Devil In Ohio Based on a True Story?

After you watch this series, you’d try your best to convince yourself that it is purely fictional. Because that’s just how terrifying it can be. However, believe it or not, Devil in Ohio is based on true incidents. The series is based on a novel written by Daria Polatin, who is also the showrunner of the series. In an interview with The Columbus Dispatch, Polatin said, “When my producer Rachel Miller heard this true story, which took place in Ohio, she told it to me. I knew I had to tell it.” In the same interview she goes on to elaborate that although the events in the series have taken place, Devil in Ohio is not a documentary. Polatin has taken up the creative liberty to tell this story in the scariest way possible.

Cast Of The Cult Show

First and foremost, we have Emily Deschanel, who plays the role of Doctor Suzanne Mathis. You might recognize her from shows like Bones or Animal Kingdom. But there is a better chance you may know her as “Zooey Deschanel’s older sister.” There’s also a lot of young talent on this show, which includes Madeleine Arthur, who plays the role of Mae, the young teenager who ran away from a cult.

She is best known for her work in the movie series, To All the Boys I’ve Loved Before. The supporting cast has a variety of versatile actors like Sam Jaeger, Xaria Dotson, Alisha Newton, and Gerardo Celasco. Together, this entire cast and their performance have put Devil in Ohio on the map and attracted fans from all over the world.

Did Devil in Ohio Face Backlash?

One would think that this supernatural thriller would run smoothly, however that was not the case. Several people labeled it cliché or nonsensical, however, most people had an issue with a traumatized teenager made out to be the bad guy and the monster, which really wasn’t the case. In fact, Stephen King, whom everyone idolizes as the one true king of horror, tweeted about Devil in Ohio, pointing out exactly why it was problematic. While some people reveled in how scary and terrifying the series was, others called it out for its glaring problems.

Is Devil In Ohio A Limited Series?

Devil in Ohio, created by Daria Polatin, has been labeled a limited series on Netflix. However, what does that mean for the future of this show? It is highly unlikely that there will be another season, which will disappoint many fans. But that is how the show was formatted. The creators must have thought long and hard before calling it a limited series.

It is extremely rare that a limited series is renewed for a second series; however, one example can be Big Little Lies. For certain shows like Inventing Anna, it simply doesn’t make sense to have another season because the story has been finished, and the goodbyes have been said. The jury is still out for Devil in Ohio. Even though it is a limited series, it isn’t set in stone that there won’t be another season.

Devil in Ohio: Stream it or Skip it?

The verdict across the board for Devil in Ohio is: Stream it! Although critics have complained about the show’s pace at certain points, along with it being a little too predictable at moments, it is still worth a watch. The ending might leave you a little unsatisfied. But the events that lead up to it are entertaining and, at points, quite scary.

The cast is one of the main highlights of this show, especially Madeleine Arthur, who steals the show with her brilliant acting for someone her age. All in all, Devil in Ohio exceeds expectations and works well for anyone in the mood for a cult thriller!

If you watch Devil in Ohio this weekend, let us know your favorite moments from the show, and other cult shows that you like!