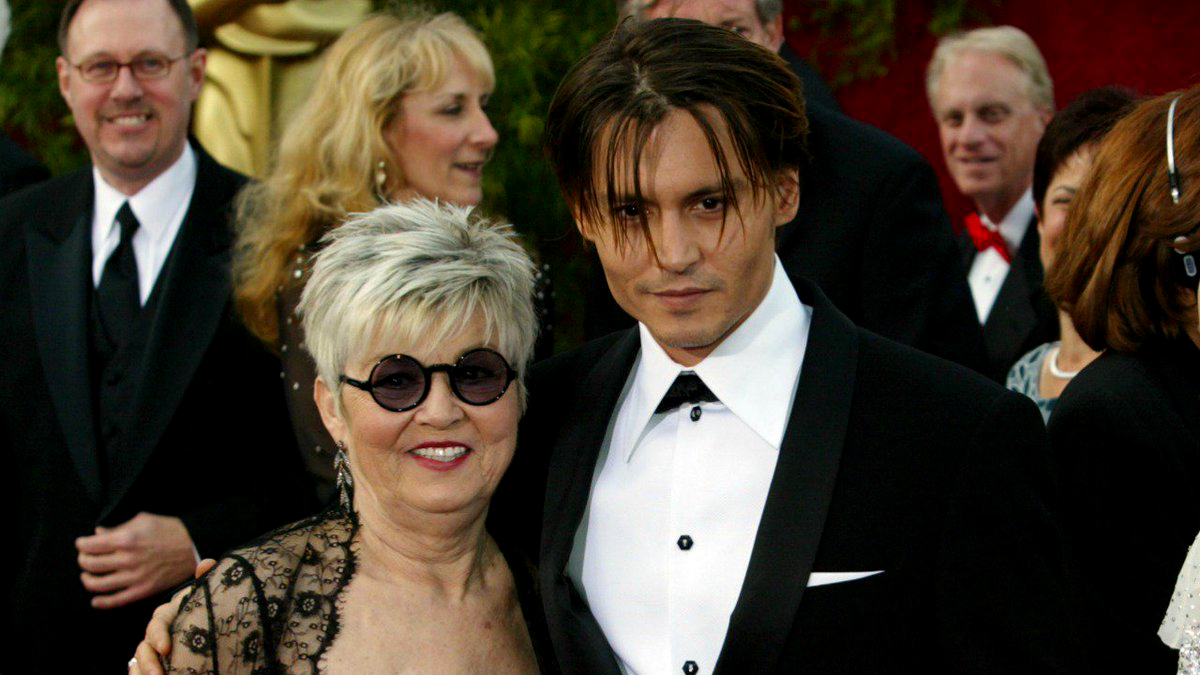 I cannot stress the fact enough that the purest relationship in the world is of a mother and child. But what if its purity takes an evil turn and everything you learned so far just breaks down in seconds? While many children have suffered parental abuse up to a great extent, Johnny Depp happens to be one of them. Yes, Johnny Depp shared a traumatic relationship with his mother Betty Sue Palmer.

Who is Betty Sue Palmer?

Born in 1935, Betty Sue Palmer was Johnny Depp’s mother. Born and brought up in Kentucky she was an air hostess, beautician, and waitress in her early career. Betty’s childhood was exactly how we describe the toxic relationship between a child and their parent.

Yes, Betty Sue Palmer was abused by her mother and tortured by her mother. She came from a poverty-stricken family. In an interview with Rolling Stone Johnny said, “My mother was raised in a shack, in the wilds of Appalachia, where the toilet was an outhouse.”

Her stepfather molested her at the age of 7 and the traumatic incident continued till she turned 12. Two years after the end of the long abuse she ran away from her home and decided to never return. There was no one to look after little Betty and she had already suffered to an extent.

She got pregnant at a young age giving birth to her first child and the eldest of four siblings, Christi Dembrowski. At the age of 20, she married John Christopher Depp but the marriage ended in divorce in 1985. Later Betty married Robert Palmer. But Johnny still spent his childhood without a father.

On May 20th, 2016 Depp’s family mourned the loss of Betty due to a long illness. Before her death at the age of 81, she was hospitalized for weeks and Johnny Depp made sure to spend quality time with her before the tragic loss.

SEE ALSO: What happened to the real Rachel DeLoache Williams from Inventing Anna?

Did Johnny Depp’s Mother Abuse Him?

“She used to say she did the same things that her mom did – and her mom certainly didn’t know any better. With my kids, they’re told 75 times a day that they’re loved,” said Johnny Depp in an interview. As mentioned above, Betty Sue Palmer was abused as a child and ran her way out of it. However, the abuse did not end there. We can say that it stayed right in her veins and she let it out on her children by becoming an unstable parent.

She behaved the same way with them as Betty’s mother did with her in her childhood. Johnny Depp disclosed some details of the abuse. Betty Sue Palmer would beat Johnny repeatedly with a belt or throw things at him including a glass ashtray or phone. She would name-call him and sometimes abuse him so much that his eyeballs would swell. She would make him massage her feet while she would count her salary for the day.

Christi defined their father as calm, composed, patient, loving, and stable, and their mother as “completely opposite.” In fact, it is not an unknown fact that she would abuse the children in the absence of their father and threaten them to never disclose it. But she had also abused her husband by throwing tantrums, fightings, and even flinging things onto him to hurt him. However, John Christopher Depp chose to take a non-violent path and left her to lead a better life.

Irrespective of the abuse, Johnny forgave his mother. Although he called her the “meanest human being I have ever met in my life,” he still loved his mother the most. Johnny also has a tattoo on his hand – Betty Sue written inside a heart. When Betty was on her deathbed, Johnny made sure she knew he had forgiven her for everything she had done and held no grudges against her motherhood.

While Betty was the reason Johnny became an alcoholic and druggy by the age of 11, she was also the reason how he became the finest artist in the industry. At the age of 12, Johnny’s mother got him his first guitar and 4 years later he quit school to follow his dream.

Johnny always made sure to shower love on his mother as he believed she had already suffered enough. Once he caught her almost going through the plan of a drug overdose and trying to kill her. No child deserves to go through that. Yet at an age when Betty Sue Palmer was supposed to take care of Johnny and other children, the little boy took her responsibility.

After Johnny’s big break, he bought a 43-acre Kentucky farm worth $1M for his mother. In fact, people often saw Betty Sue Palmer in award ceremonies with Johnny. When Johnny was nominated for the best actor award for his role in Pirates of the Caribbean: The Curse of the Black Pearl, his mother was right by his side supporting him.

Johnny Depp’s second ex-wife of 15 months filed for divorce 3 days after Betty’s death. But in those 15 months and during their dating period, Johnny’s mother would warn him about Amber. Betty Sue Palmer believed Amber was with Johnny to grow in the entertainment industry. She even called her a gold digger.

During their very famous recent trial where Amber Heard accused Johnny Depp of domestic violence, she described the typical behavior of his mother instead. Whatever Betty did to Johnny, he was doing the same with Amber. After the trial, it was proven that Amber Heard was the abuser and not Johnny Depp. So, was Betty Sue Palmer right after all this time?

What Does Johnny Depp Say About Betty Sue Palmer?

Despite being the most beloved and finest actor, Johnny Depp has gone through it all – failed relationships, addiction, broken marriages, defamation, false allegations, and worst of all losing his innocence and childhood to an unstable mother.

Johnny opposed the method of parenting Betty used. But he also understood the reason behind it and literally worshipped his mother. He often recalls the advice his mother gave him when he was a little boy getting bullied in school. It’s good that Depp broke the pattern of bad parenting and loves his children so much.

Since Betty Sue Palmer encouraged her son to pursue his dreams Johnny has always respected her for that. Surprisingly, he had a close bond with his mother. “She’s just one of the smartest, funniest, greatest people I’ve ever been lucky enough to know. She is truly one of my best friends,” said Johnny in an interview.

Will Johnny Depp Be Back in The Next “Pirates of the Caribbean” Movie?

During the trial with Amber Heard, Disney Studios took rushing steps and disassociated Depp from the Pirates of the Caribbean franchise. However, once he was proven ‘not guilty’ they panicked and offered millions of dollars to Johnny to return back. While Johnny Depp clearly refused and pointed out their poor and quick judgment, there is still a chance for him to return to our screens as Jack Sparrow.

The 59-year-old award-winning actor has given us the biggest gift of all time. He is returning back as Jack Sparrow for $301 million. “The deal is reportedly for Johnny Depp to return as Jack Sparrow,” said an official from Disney Studios. The source also said, “What I can tell you is that the studio has already penned up a draft for a film about Jack Sparrow so they are very hopeful that Johnny will forgive them and return as his iconic character.”

Buried in a defamed image, we have forgotten about who Johnny Depp truly is. After all the trauma he has been through all his life, he has been a gentleman to everyone in his life. Despite everything, he loved, respected, and worshipped his mother. The same was confirmed by his ex-wife in court during the trial.

Johnny Depp makes surprise visits to the children’s hospital in his Jack Sparrow costume. He uses his time with all his heart to ensure his regular visit, especially in cancer hospitals. He also makes a large number of donations to make a positive impact on the life of the needy.