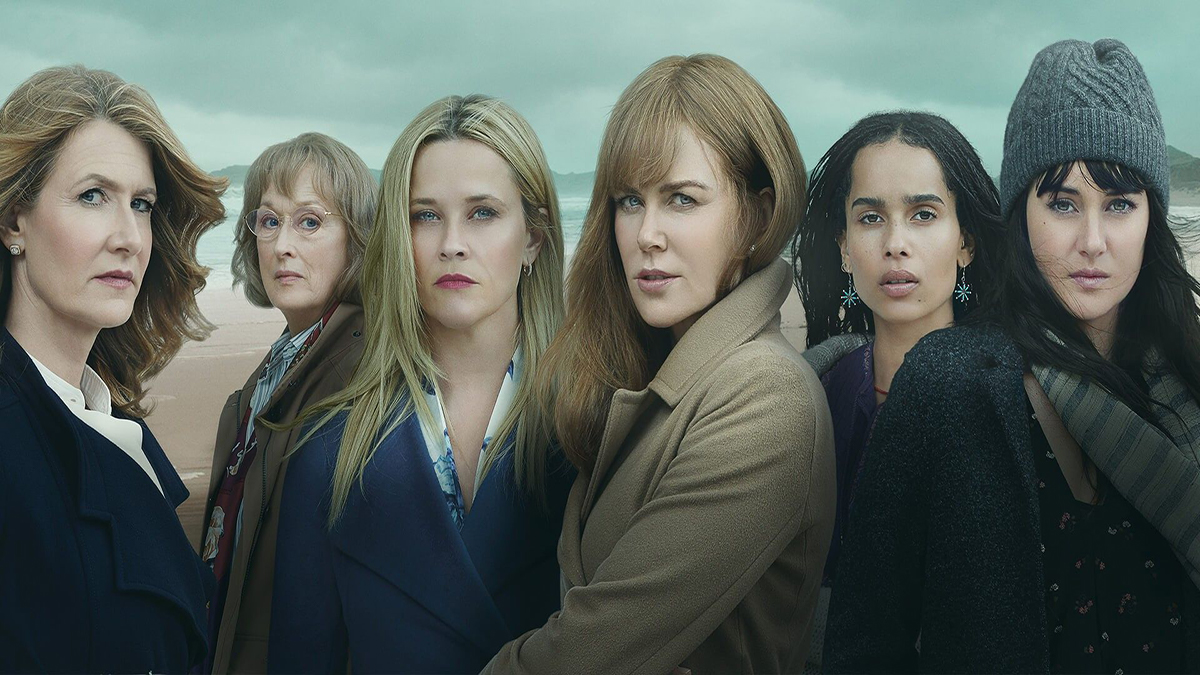 The trailer did no justice to what Big Little Lies 2 was all about. I waited with bated breath to watch the whole series all at once, and so I did. I remember crying my eyes out while watching Big Little Lies Season 1. Perry’s character was suffocating and manipulating.

I felt the pain that Celeste would be going through and her erratic behavior to keep going back to Perry, even though she was being abused and ill-treated by her husband. Jane’s void was prominent and I understood what Madeline must be going through when she was cheating on her husband and feeling guilty at the same time. I felt for Mary Louise (in the trailers) when she wanted to seek help to find out what happened to her son. But, what I did not understand is what Season 2 had to convey.

Let me start by saying that I don’t intend to give spoilers, and sincerely hope that everyone knows what happened in the first season. There was a death of a man who committed a heinous crime. Five powerful women had something to do with death.

The five contrasting characters reunite in season 2. Keeping aside their differences and are joined by the hips because of their involvement in the death of the said man.

SEE ALSO: What I Love About 500 Days of Summer

The Struggle of the Five Women

These five struggle through their personal lives and overcomes all struggles to win at last, but commit the crime that they have been a part of. Who do they commit to?

Well, you will know when you watch it. But, these five are aware of what they have done, and they stick with their version of the story just to keep themselves from getting jail time and being called murderers. Then there is Mary Louise (Meryl Streep) who wants justice for the ‘murder’ of her son.

Mary wants custody of her grandchildren and goes into a courtroom drama to win the boys, while their mother Celeste strikes to defend her position as a mother. There were sub-plots in Big Little Lies Season 2 like Renata was bankrupt and her husband deceived her.

The husband was having an affair with their nanny. Jane tried to connect and find love in her co-worker Corey (Douglas Smith), Ed (Adam Scott), and Madeline’s husband overheard a conversation about Madeline’s illicit affair and their married life was in shambles. But none of it made an impact.

Is it weird that I invested in something that I am not even a part of? Big Little Lies imposes itself into your life. It makes you feel like you are a part of what is happening. I had blocked everybody who could have ruined my viewing experience and did not want to watch Season 2 one episode at a time. I waited for season 2 to end but felt disappointed.

Let me clarify something; I am a huge advocate of this series. I loved it way too much when I started watching it. As mentioned previously, the first season made me cry, profusely because I felt strangled and wanted to escape the grasp of Perry (Alexander Skarsgård). I instantly felt relief when Perry died. This is the same emotion that Season 2 failed to invoke in me.

The first episode of Big Little Lies was everything that I was looking for. With the gradual progress, the plotline seemed weak, and the sub-plot felt forced. Season 2 dealt with some of the pressing issues of society just like a whim. It made me realize that I have been waiting for something that was not gratifying, much like my choice in men.

I was trying to make sense and waited for the next scene to be something that will give me the immense pleasure of witnessing a conflict. But as my choice in men has declined over the years, the series’ plot too went plummeting down the graph. Nothing was happening.

SEE ALSO: Indian Representation On ‘Never Have I Ever’ And ‘The Mindy Project’

Was It Only the Brilliant Acting Big Little Lies Season 2?

Nicole Kidman and Meryl Streep collide head-on in an attempt to win custody of the two boys. Josh (Cameron Crovetti) and Max (Nicholas Crovetti), could be a spectacle if the episodes leading to the climax were not so thin.

By that point, I was scrolling through the food delivery apps for dinner. I had also made two, quick coffee runs and had three mental breakdown episodes. So, I was looking out for some conflict in Big Little Lies Season 2 which will make me feel cathartic.

Also, I needed a reason to vent through the screen and these enigmatic actors. Now, I am a puny human and cannot comment on my Jurassic mom, my Elle, my okay! Nicole Kidman (God knows I would kill someone just to be her), and your highness! Meryl Streep aka Miranda Priestly and I would simply form a puddle of my existence and jump in it.

Here’s something more pressing. Bonnie, the character in Big Little Lies Season 2 had nothing much to do in this season. She goes through a plethora of complex emotions. But the problem is nothing is happening for her. I do not want to sound like a prude critic as I have not read the book of the same title. However, there has to be more to her character.

She struggled with the idea of committing a crime throughout the season until her mother was hospitalized. She confessed to her dying mother how she felt. Later on, she sent a text to all the other ladies to confess to the police. The mother had visions that Bonnie was drowning, which a bystander at a coffee shop could have figured out because she was pouting throughout the series.

The Best Things To Be Mentioned

The acting and the cinematography were brilliant in Big Little Lies season 2. Of course, the director’s vision was very clear, but the storyline was like a double shot of espresso. Only there was no coffee bean in the machine. One should mention that there were conflicts of interest between the two directors: the director of the first season Jean-Marc Vallée and the season 2 director Andrea Arnold.

Andrea Arnold’s work was re-shot by Jean-Marc Vallée to match the style of the first season. Casey Bloys, who is the president of programming for HBO stated that they are indebted to Andrea. Without her, there wouldn’t have been a Season 2. But since a director does not have the final creative control, some changes were made.

None of this mattered to me as a viewer, because I did not care about what happened. All I cared about was what entails after Mary Louise opens the casket of the lies that the women have been weaving. The casket had nothing. I am angry and still on the verge of having another mental breakdown.

I could not vent like last time when Bonnie pushed Perry with all her might and there on the stairs was a body that looked like Perry but was still and could not harm any of the women. Anyway, I don’t believe there will be a Season 3 as confirmed by multiple sources; there is nothing much that the story has to delve deeper into. Also, look out for a Taylor Swift reference this Season!

4 thoughts on “Is Big Little Lies Season 2 Worth The Watch?”