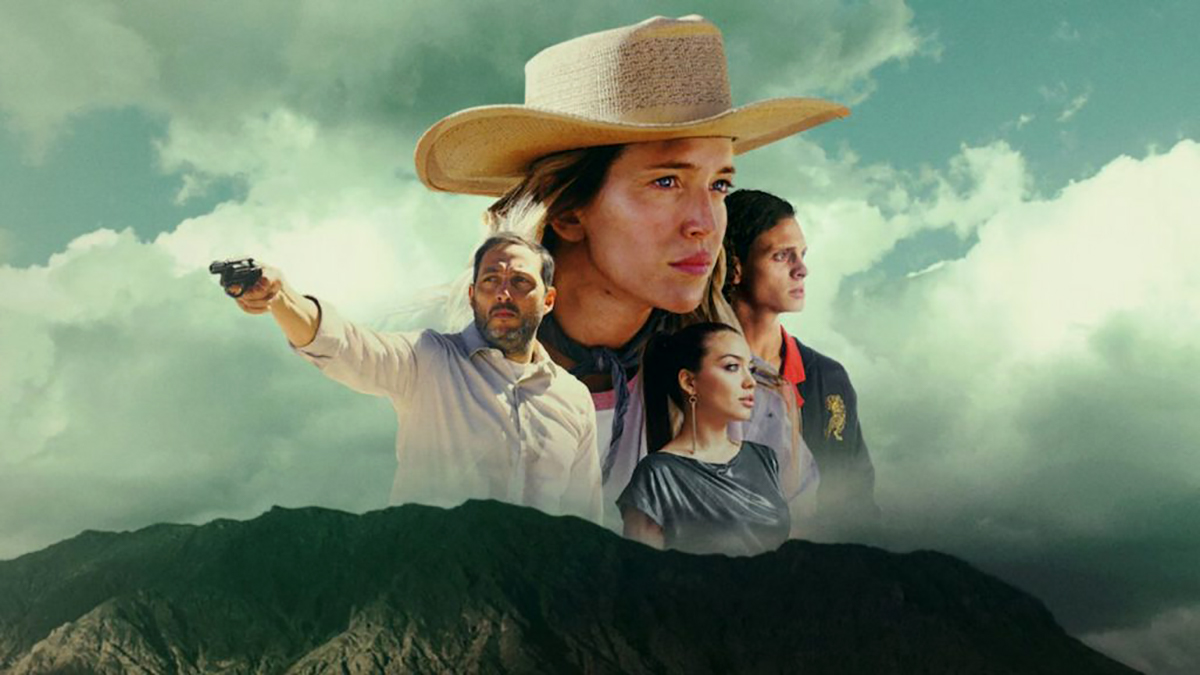 The film Recurrence revolves around the murder of a 16-year-old girl Samantha Sosa. It is a trilogy, following Perdida (2018) and Intuition (2020). Starring Luisana Lopilato as Pipa, the protagonist, is a former violent crimes investigator. She left the police department when her ex-companion turned out to be a drug dealer, and she let go of the matter. She lived in a farmhouse with her son Tobias in a town in Argentina.

The Carrera family is shown to have a robust background, with even the police department in their control. The movie shows stories of different lives, whether or not connected to the murder of Samantha.

Let me be direct with you. Poor choice of background music, almost predictable plot, the movie characters lack emotions, and by the end, you will realize they lack brains! For a thriller movie, it is not much of it. It’s simply a story that goes on and on, and you wait for something interesting to pop up.

The Plot Of Recurrence

If you are curious to know why Recurrence is not worth the watch, here we go. The film begins with the dead body of Samantha Sosa, which is burned. For a waitress, it was obvious she wasn’t rich. However, she had a gorgeous, expensive pearl necklace wrapped around her neck. When the investigation began, the eye-witnesses accused her of using drugs again or stated she had stolen the necklace like she always did from places.

Samantha was waitressing for the Carrera family’s party the night of the incident. That raised many questions against the Carrera’s. However, no one dared to question. Pipa’s aunt Alicia requests her to investigate Sosa’s case as she suspected it was not an accident. Pipa (also Manuela) agreed to help and began the investigation.

She also took her previous romantic partner Rufino’s help to get into the depth of the matter. Pipa failed to get any leads until Sosa’s best friend agreed to open up in confidence. She told Pipa that Samantha was wearing Mecha Cerrares’s clothes and necklace. When she confronted her, Sosa refused to believe that Cruz Cerrares was using her. But the friend was clever enough to take Samantha’s pictures with Cruz and Mecha’s fiance.

The Twist In The Plot

While investigating, Pipa crashed Mecha’s engagement party and enquired Cruz about the murder of Samantha. He was taken by surprise as he didn’t know she was killed. Meanwhile, the indigenous people played their strategy of circulating the pictures of the political family boys dancing with Samantha increasing tension and raising questions among the crowd about the girl’s murder.

Pipa comes across the man who killed Samantha and questions him. He admitted he didn’t want to kill her but mistakenly suffocated her to death to make her quiet. She understood there was someone else behind the whole operation.

An important detail was disclosed about Samantha’s phone and the secrets it was carrying. Somehow, the phone was with Pipa’s son Tobias. Rufino was tracking the phone but could not understand its strange movements around the river and why he could never catch the person who had the phone. As the movie moves forward, it is revealed that the mysterious content on the phone was about the Carrera family.

Here comes the shocking part, which seemed pretty obvious to me due to the choice of words Cruz used and the gestures. The phone contained a video of the brother-sister duo engaging in sexual activities. And that’s not it. Mecha murdered their other brother when he walked into the two of them getting intimate. The scene also revealed that the brother also has a sexual interest in Cruz. Samantha secretly recorded everything. However, Mecha found out, and Etelvina Carreras, the children’s mother, ordered the man to chase Samantha to get the video deleted. But the result turned out to be murder instead.

The Ending Of The Movie

When Pipa and Alicia find out what’s on the phone, they are shocked and know they had to protect the content anyhow. While Alicia was shot dead by Mellino, the police commissioner, Pipa and Tobias managed to escape and ended up in an abandoned mine. Pipa informed Rufino about Mellino and that she had the phone safe with her. She shared her location and asked him to come as quickly as he could.

Mellino found out about Pipa’s whereabouts and reached there with other officers. After a lot of chasing, Rufino showed up and shot one of the officers. Tobias pointed a gun at Mellino but surrendered the phone to him after his mother’s request. The moment the commissioner bent to grab the phone, Pipa shot him too. In the end, you see Rufino in court for justice for the murder case of Samantha.

SEE ALSO: Is Fame Game Worth the Watch?

Should You Give Recurrence A Chance?

There is no easy way to say this, but Recurrence is a big, blunt No. I must point out that everyone who was shot died instantly except the main characters, Alicia and Pipa. Pipa survived two bullets driving across the town, running, and even had the strength to pick up a rifle and kill Mellino. Alicia took the bullet to the heart but stayed alive longer than usual, even after the officer presses her wound to hurt her. It seemed like she asked God to wait so that she could talk to Pipa and tell her about the importance of the phone and its content and also to make her promise she wouldn’t go after those heartless men who shot her.

The subplot of Recurrence shows an unclear reality of the evil capitalist Carreras. The movie also covers broad topics like systematic corruption, racism, and indigenous people’s rights. But they fail to lessen the complexities and connect the dots.

Is this a joke? The crime-thriller could have been executed differently. But it is what it is. If you are curious about my honest review and wondering, ‘Is it really that bad,’ then you need to watch the movie. After all, give your curiosity a taste of this boring movie’s taste. The good part is that this movie made me realize the importance of time!

Which movie did you watch that had a similar impact on you as this one did on me? Let us know in the comments, and we will begin the discussion of the worst movie of all time.

3 thoughts on “Recurrence Is ‘Not’ Worth The Watch”