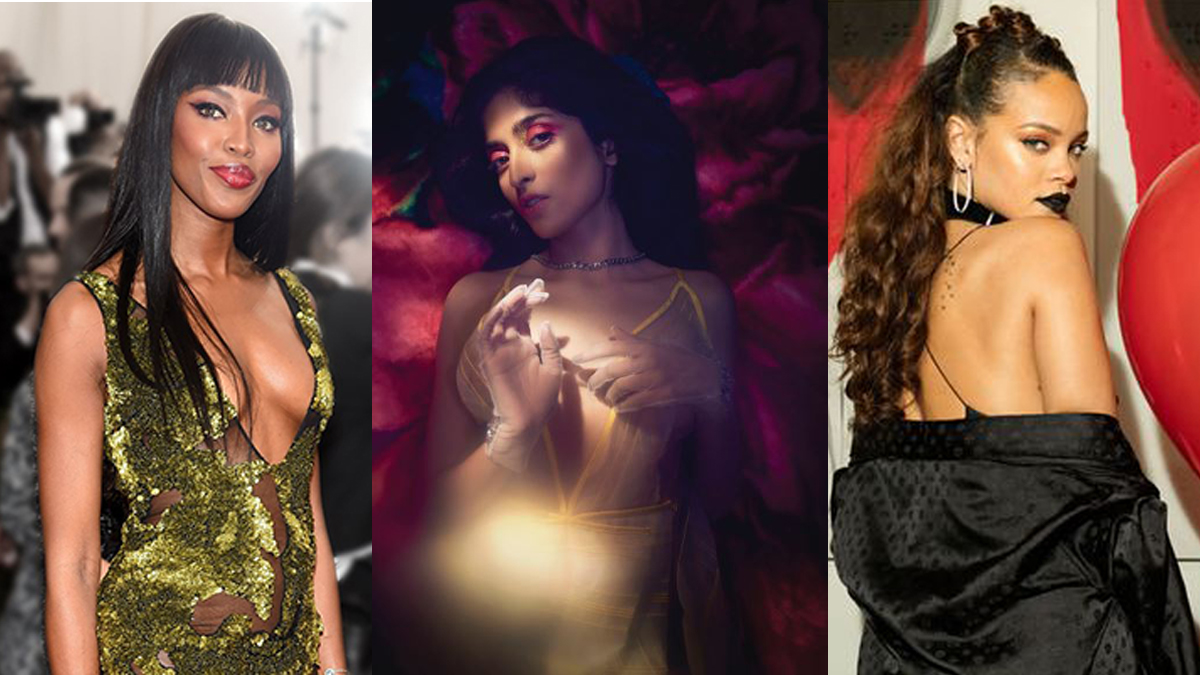 Free The Nipple movement has arisen tremendously since 2012 and many celebrities, activists, and artists have come out to support it. Line Esco started this hashtag while running around topless to shoot her documentary in New York. Soon after that, women worldwide started supporting the movement and the streets were filled with protestors. People started social media campaigns but due to the restricted guidelines, many videos and pictures were taken down.

This groundbreaking movement broke the negative stereotypes in many places. However, we still have a long fight for the basic freedom to go topless without being sexualized or leered on. This global campaign hopes to cultivate freedom, empowerment, and equality.

SEE ALSO: What Is ‘Free the Nipple’ Movement?

Women Who Became The Face of Free The Nipple Movement

We have listed the celebrities who took part in the campaign with confidence and left their bras at home. They chose comfort and liberty over societal shame.

Florence Pugh is doing her part in the Free The Nipple movement with her fashion sense. Bold and free, are two words I have for her. The English actress was body shamed and trolled for her Valentino look. However, she shut their mouth with her Instagram caption. She pointed out how strange men don’t leave a chance to destroy a woman’s body with their vulgarity.

“What’s more concerning is why are you so scared of breasts?” Pugh questioned. She concluded her Instagram post with “Grow up. Respect people. Respect bodies. Respect all women. Respect humans. Life will get a whole lot easier, I promise. And all because of two cute little nipples”.

Kendall’s first major runway for Marc Jacobs, she wore a sheer, long-sleeved top. You will see her plenty of times in sheer endorsing the Free The Nipple movement. Ever since then she is the advocate of the campaign and has appeared braless in public as well as on the red carpet. The model, socialite, and media personality once said “I think it’s cool and I really just don’t care! It’s sexy, it’s comfortable, and I’m cool with my breasts.” Seems as if going braless is now her signature style.

Prabhleen Kaur is an Indian fashion designer, model, and creative director. She started designing at the age of four and spent hours in her mother’s boutique playing dress-up and how she could design herself a dress. She has also written her own fashion playbook and her eclectic style comes from sustainable design. Her inspiration usually comes from the women she sees running household errands.

Kaur stressed the words “It’s about time social media stopped governing our freedom to express, be it by censoring nipples or otherwise.”

The American songwriter, singer, and actress, in 2014 Miley Cyrus began endorsing the Free The Nipple movement by posting a topless picture of herself. However, she is known to go braless many times like in her song Wrecking Ball. She has been slut shamed and called an attention seeker but that never stopped her from supporting the cause she believes in.

She frequently posts content on Instagram with the hashtag #FreeTheNipple. Instagram takes down her photos as they go against the community guidelines. Hilariously, the movie Free The Nipple by Lisa Esco puts forward the question of why violence is not censored but something natural like nipples is. “The nipple, what you can’t show, is what everyone has,” said Miley.

Jennifer Aniston from our favorite TV show Friends is a supporter of the campaign. We have seen her going flawlessly braless in many episodes. To me, it seems she is the originality of the movement. The actress and producer nail the no-bra trend even in her late 40s. Even though she admitted to wearing a bra on the show, she didn’t cut out on the movement altogether.

“I wear a bra, I don’t know what to tell ya! And I don’t know why we’re supposed to be ashamed of them—it’s just the way my breasts are!” Said Aniston in an interview with Vogue.

Kenny Awomi, a Transgender model made her way into the industry that still lacks vision beyond binaries and pale skin. She expresses her gratitude to her mother for supporting her through the journey. She was born a boy but she always knew about her feminine side. “#FreeTheNipple is an amazing concept that allows women to feel liberated and positive about their body,” says the model.

Due to being a transgender, she received a bunch of trolls and hatred on online platforms apart from being another victim of the Instagram nudity policy. However, that never stopped her. “But I take pride in being part of such a strong movement,” says Kenny.

The American Model, Bella Hadid, endorsed the Free The Nipple movement several times on the fashion ramp. Her support has flooded the social media platforms and even French Vogue’s cover. Along with the hashtag #FreeTheNipple, she also used #LoveYourBody to indicate that nudity and self-love can go alongside. The celebrity has walked the red carpet and attended many events or parties braless, mostly in sheer exposing her nipples.

Social media platforms treat women’s nipples differently. Through its community guidelines, it too is indirectly sexualizing women’s bodies. Isn’t it? Well, that’s my perspective. So, when the supermodel and literally my favorite, Naomi Campbell posted a topless picture of herself on Instagram to promote her book, the photo was taken down shortly. However, the image lives on Twitter with the hashtag #FreeTheNipple.

“Given the way the world is now, showing a woman’s nipples is hardly offensive. And #FreeTheNipple is a positive sign toward giving women the power to feel confident in their own skin” said Merrylin Boro. Even before joining the movement, the model often posted pictures that showed her flawless, glowing skin. The fashion industry body-shamed her and she also encountered racism. But that didn’t stop her confident looks. “It’s my body and I have the right to show as much or as little of it as I want,” the model says about the Instagram rules.

Many celebrities have celebrated that gender equality campaign, but the silly Instagram nudity rules have tried pulling back the initiative. Singer, fashion designer, actress, and businesswoman, the all-in-one tycoon, Rihanna has indirectly supported the movement multiple times. Indirectly? Rihanna became familiar with the movement in 2016, four years after the campaign began. But this exquisite woman freed the nipples long back.

SEE ALSO: How to Wear a Bikini for the First Time With Confidence?

There is More to Free The Nipple Movement

It’s been a while since women, even celebrities have been pushing away the painful underwired bras away. Breathing in liberty while expanding the chest full of fresh air without any discomfort is a win-win for all. Going braless is more than just comfort. Free The Nipple is a gender equality movement that deserves the win from society’s paradigm of an ideal, decent woman.

The movement is gaining love and power. It’s high time the online platforms revise their norms and understand what gender equality means. Whoever is reviewing and removing the content is only making it worse for the upcoming generation. Women have the right to treat their bodies as ‘normal’.

Also, tell us your dearest Free The Nipple movement and which celebrity inspires you the most.

4 thoughts on “Celebrities Who Celebrate Free the Nipple Movement”