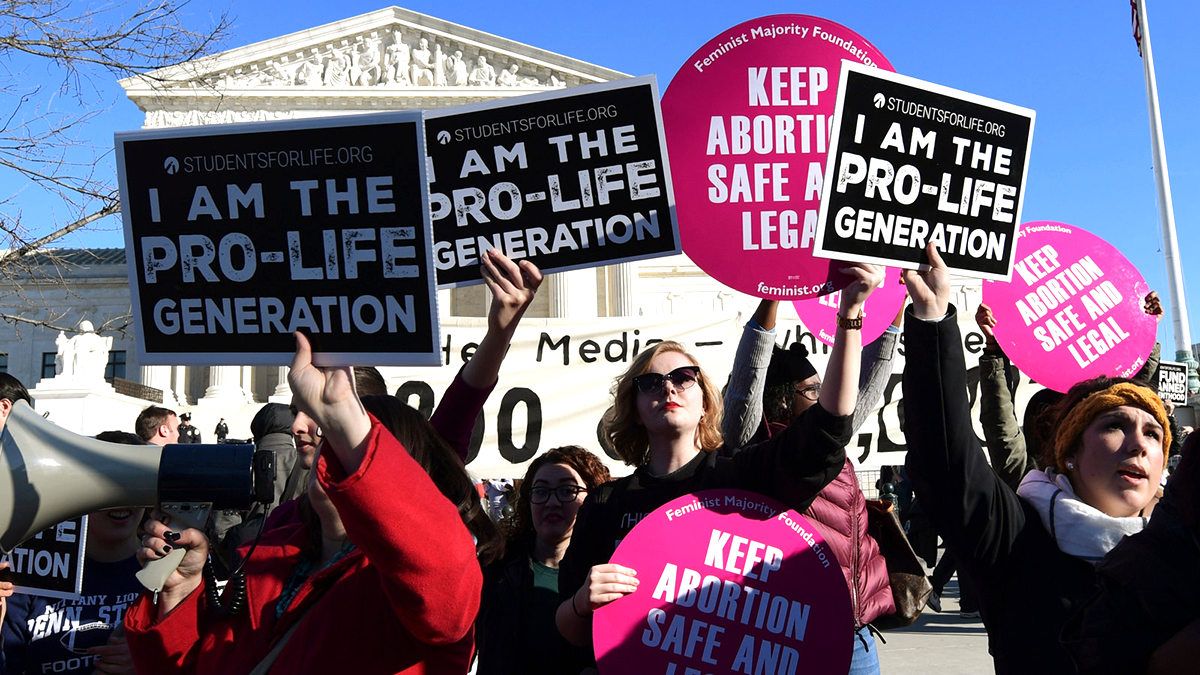 There are two things to keep in mind – 1. Health care is a basic human right that includes safe abortion; and 2. Women have the cognitive ability to make their own decisions, reasoning, and judgments. Hence, they can freely decide what to do with their bodies without being questioned. Thank you!

Unwanted pregnancies can have many reasons – sexual assault, faulty contraceptives, and even forced pregnancy. Whatever the reason, safe abortions are a must. It is unsafe terminations that are giving rise to many other health diseases. Moreover, girls under 18 are forced to deliver babies in the name of religion or God. This is not healthcare rights; in fact, this is not even a basic human right.

“We’re forcing young girls to be mothers, but not forcing men to be fathers. If unwanted pregnancy is an act of God, then impotence must be an act of God.” – said Rep. John L. Bartlett. According to a study, 68,000-78,000 deaths happen worldwide annually due to unsafe abortions. In many states in the US, abortion can lead to severe punishments, and there is no exception for incest or rape. So, I ask you, do women even have a valid place in the world?

Women all over the world are fighting for their rights. Many celebrities have come forward in support of abortion rights. Abortion can be a highly emotional subject, but it still does not give the right to others to control our bodies. Here is a list of celebrities who have shown their full support for abortion rights.

Around three years ago, Selena Gomez wore a neckpiece that read 1973, the year when abortion became legal. Around the same time, she posted an illustration saying, “Stop telling women what to do with their bodies.” Selena’s spirit for activism is genuinely commendable. She supports abortion rights, the Free The Nipple movement, mental fitness, black lives matter, etc.

During an interview on the red carpet, Selena asked men to “stand up to support reproductive rights.”

“It’s about voting, it’s about getting men- men needing to stand up and also speak against this issue. It’s also the number of women that are hurting” – Selena Gomez. Many celebrities came forward to sign the campaign #BansOffOurBodies to support Planned Parenthood.

I scroll down to the comment section and see so much hatred. ‘Baby killer; my favorite celebrity supporting abortion rights is a shame; Hideous, you promote death; So, killing babies is good, wow; you can no longer be called a Christian.”

Along with almost 100 celebrities, Mark Ruffalo showed full support for the ‘Abortion Within Reach’ campaign to access safe abortion and care. He spoke openly about his mother’s struggle with illegal abortion and how traumatizing the whole journey was for her. In support of the cause, he wrote an open letter mentioning the struggles of his mother. “I invite you to find your voice and let it be known that you stand for abortion rights and the dignity of a woman to be the master of her own life and body,” wrote our dear hulk in his letter.

The singer of Anaconda, Nicki Minaj, revealed her experience with abortion in her teenage life. In an interview in 2014, she said, “I was a teenager. It was the hardest thing I’d ever gone through.” She further clarified that it was an important decision, “I wasn’t ready. I didn’t have anything to offer a child.”

For some, abortion is manageable, while for others, it’s traumatizing. What’s important is that access to it proves to be of significance. The primary thing we need to understand here is that a woman can decide whether or not to give birth. She has full rights on her body. If not, then who gave others the ‘rights‘ to decide what’s correct for us?

The FRIENDS star, Ross, aka David, fully supports abortion rights. The star also works to improve the rights and treatment of child victims of rape and sexual assault. In an Instagram post, he wrote a caption defending women’s rights over their bodies and also revealed his family’s role in making abortion legal in 1973.

“In the 1960s and 1970s, my Mom (and Dad) marched, rallied, picketed, and fought like hell to make abortion legal.” He further wrote, ”My family marched again in 2004, in The March For Women’s Lives, to protect this right and for better health care for ALL women, no matter their race, education or economic circumstance.” The caption was of two images, Her body Her Choice illustration and an image of him and her daughter. The images said it all. And the caption added the fire to the support.

He ended the post with, “Men: For the sake of our mothers, sisters, wives, daughters, friends, and colleagues—speak up. Use your voice to protect a woman’s—and a girl’s—right to choose.”

American model Bella Hadid posted on Instagram, “Men shouldn’t be making laws about women’s bodies,” repeatedly written in an illustration around three months ago. She captioned it with ‘if it isn’t obvious enough.’ It is obvious for negative comments to flow in as people always need something to cling to and humiliate. However, many audiences showered her with support.

“We always think of abortion as almost a bad thing. And it really is something that is, I think, quite responsible when it comes to being able to take hold of your life and do what’s best for everything involved,” said Hadid at a Create & Cultivate 2022 Conference in Los Angeles.

Like many celebrities, Chris Evans has taken the fight to social media platforms. “This is absolutely unbelievable. If you’re not worried about Roe v Wade, you’re not paying attention,” Chris Tweeted. He also showed his full support in promoting the NNAF Abortion Funds, which is helping to remove the financial and logistical barriers to safe abortion.

Along with the organization, Evans encourages everyone to make donations. He clarified this would help with basic reproductive requirements like abortion pills, transportation, stay, emotional support, and even child care.

The Duchess of Sussex, actress Meghan Markle too, supports abortion rights. We have seen her many times fighting for women’s rights and standing up against the wrong. Now we see her supporting reproductive rights, and she also mentions the support of Prince Harry for the same.

“Wherever we are, we can make clear that reproductive freedom is a fundamental right like freedom of speech,” said Meghan. She highlighted the risk of unsafe abortions and the ability of basic freedom being taken away from women. “What does this tell women? It tells us that our physical safety doesn’t matter, and as a result that we don’t matter. But we do. Women matter,” stated Meghan to express her disappointment toward the withdrawal of abortion rights.

“These statehouses are waging an all-out war on women and their right to control their reproductive decisions. This is awful,” tweeted John Legend calling out the government’s decision to rule out abortion as a right. He further mentioned that the government should not be interfering in personal matters like these. He put light on the risk of miscarriage to getting an abortion and that women are stuck; they can neither go right nor to the left.

“250+ mass shootings in the US alone, and a woman’s body is more regulated than a gun. Get f**king real.” Kendall, in support of Roe V. Wade, signed the advertisement in the New York Times created by Planned Parenthood. The supermodel has shown support for many movements and is openly in the fight for abortion rights now.

Other Celebrities Are Supporting Abortion Rights

Words aren’t the only medium to express support. Benedict Cumberbatch showed his support for reproductive rights by wearing a t-shirt with ‘1973’ printed on it on the show ‘Saturday Night Live.’ Shawn Mendes signed on a full-page ad produced by Planned Parenthood defending Roe V. Wade in the New York Times.

Ariana Grande, Meadow Walker, Uma Thurman, Jameela Jamil, Tess Holliday, Chelsea Handler, and literally over 200 celebrities have come forward in one way or another to show their support for abortion rights. Many have shared their own experience with abortion and how they dealt with it.

Again I would ask, “who gave others the ‘rights‘ to decide our body rights?