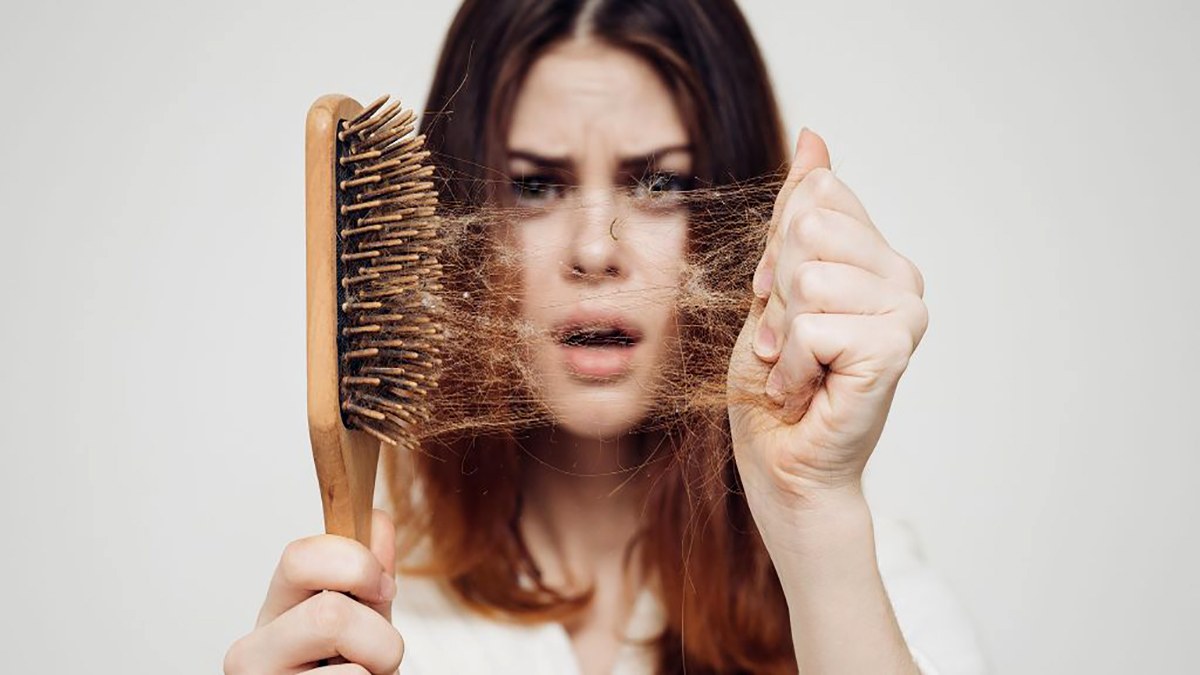 The world is going to make you feel bad about yourself but you choose how to see yourself. “Beauty lies in the eyes of the beholder”; I hope you remember this and continue to love yourself in all possible ways. Now let’s get to the topic! Just like us, celebrities even after having millions of dollars face critical issues that go unresolved. Alopecia is one such issue that is targetting our beloved celebrities. With the camera following them everywhere, the intensity of the disorder heightens. However, their fight with alopecia is stronger than ever.

Before diving in, you need to understand what is alopecia. You may have noticed bald patches or bald spots in people, eyebrows less dense than ever, eyelashes falling frequently, or even the beard looks patchy. That is because the immune system is attacking your hair follicles, causing hair to fall and not grow back. Hence, alopecia is an autoimmune disorder triggered by a number of factors like environment, mental health, genetics, or inflammatory diseases. Alopecia may also attack body hair along with the scalp. Such a condition is called Alopecia Universalis.

Now let’s talk about our strong celebrities who have been diagnosed with alopecia yet keep us entertained with their talent.

I hope you remember the incident where Will Smith slapped Chris Rock for making a joke about his ex-wife’s battle with alopecia. The American actress and talk show host Jada Pinkett Smith is one of the most influential people. She openly talks about her illness since 2018 and said “me and this alopecia are going to be friends … period!” She had a terrifying experience and recalls noticing hand full of hair while taking a shower. Jada never let alopecia get to her self-esteem.

Our very own handsome drool-worthy vampire Robert Pattinson too suffers from alopecia. Shocking isn’t it? Due to constant hair styling, using dye, and even bleaching his hair to give us the perfect character we adore to date, he began losing chunks of hair. Although his situation became better and he started growing his hair back and taking care of them, it was a slow process.

Naomi Campbell is one of the most beautiful supermodels out there. I can never seem to get enough of her and I love how she supports causes that matter. However, the beauty on the ramp suffered a great loss of hair due to extensions and styling. However, like Pattinson, she became aware and took care before the situation got any worse. “I do take more care of my hair now because I lost all of it with extensions. I am more careful, and I do different things,” said the supermodel.

Best Known for his work in Two and a Half Men, Wall Street, The Three Musketeers, Charlie Sheen is an American Actor whose talent can never go unnoticed. The actor’s struggle with alopecia was pretty much due to his own issues. Cocaine overdose, HIV positive, prostitution scandal, self-destructive behavior, assault, and so much more forms Charlie Sheen’s biography. Well, it’s true what they say, ‘ Karma is a bitch.’

One of the Kardashian sisters, model, socialite, and American media personality, Khloé Kardashian dealt with alopecia right after contracting Covid-19. She lost hair in bulk and it became difficult for her to understand the reasons in the beginning. However, once sure, she made lifestyle changes to get her hair back the way they were. “I was really bummed—you don’t feel good about yourself,” said Khloé in an interview with Refinery 29.

Famous comedian and American actor Steve Carell was captured by alopecia. Fans noticed that The Office actor began losing hair before season 2. However, due to the latest technology and Steve’s bushy hair currently, show he prefers the FUE method of hair transplant. This proves that the actor did not want his baldness or wearing a wig to hinder his career, nor did he want it to come into the limelight.

As mentioned above, mental health can cause alopecia easily, Viola got the disorder through stress. She was hardly 28 years old when she lost almost half of her hair. “I woke up one day, and it looked like I had a Mohawk. Big splash of bald on the top of my head,” said Viola. She confessed not feeling comfortable in her skin back then, was self-conscious, and chose to struggle with alopecia alone. “I was so desperate for people to think that I was beautiful. I had to be liberated from that [feeling] to a certain extent.”

It wasn’t until 2012 that the world became familiar that Viola Davis too was a victim of the disorder. The How To Get Away With Murder actress has finally made peace with her condition and has chosen the path of self-acceptance- “I am telling you, I have spent so much of my life not feeling comfortable in my skin. I am just so not there anymore.” Hence, she ditched the wigs and showed us her flawlessness as is.

Nicolas Cage is an Oscar Winner and unfailingly entertaining. Apparently, other than this he is also famous for his male-pattern baldness. This huge bald patch on his head went viral all over social media and the internet and his suffering from alopecia came to light quickly. Rumors have it that the legend even got a hair transplant. However, we can’t entirely rely on rumors, can we?

For five years Keira Knightley wore wigs to hide her alopecia. The bald patches were so prominent that the actress felt it was necessary to keep them away from the harsh public. The Pride and Prejudice actress used to dye her and admits to having used almost every color for her successful movie. But guess what, her daughter is lucky for her. When she was pregnant with Edie, her hair started growing back and she swore to take care of them to avoid any past incidences again.

The ultimate James Bond, Daniel Craig is one of the most famous and loved actors. The Hollywood celebrity’s male pattern of baldness or bald patches due to alopecia didn’t stop his career. He has given us successful movies back to back like nothing could bring him or his skills down. When alopecia struck his scalp, the audience began noticing the declining hairline. However, thanks to his unbroken confidence, he continued with his evergreen talent.

Again stress being a major issue, Tyra’s hair began falling resulting in alopecia. The former model and show host disclosed in 2011 that while writing her autobiography, she experienced a tremendous amount of stress. “How can I say this without tearing up? I got a little alopecia from the stress,” said the top model. This is what a high level of stress can cause even to the people who have millions of dollars.

Alan Harper from Two and a Half Men, like in one of his scenes in the series where he was losing a bunch of hair, also had a similar experience in real life. The man who made us laugh throughout the twelve seasons and made us want his luck, confessed to wearing wigs to hide his baldness. Do I sense a pattern here; first Charlie Sheen and now Jon Cryer? Man, sometimes people twin unwillingly! Kidding.

The fan-favorite show Sex and the City actress Kristin Davis began losing her beautiful, luscious hair soon after finishing the shoot for the series. “My hair just was not what it used to be. It was very fine like it had gone away, there just was hardly any hair there,” said Davis. Our favorite Charlotte after opting for endless solutions for hair thinning and loss ultimately became the brand ambassador for Volaire hair volumizing products. I guess the products really took care of her alopecia.

Ashton Kutcher and his eyes have made many fall for him on and off the screen. Although we know the actor from several successful and entertaining movies, I would like to highlight the Two and a Half Men pattern again! The last four seasons of the series were a bang with Ashton Kutcher and his shirtless moments. Anyway, the actor, producer, entrepreneur, and model too has alopecia. Yeah, the whole package has a baggage! He began experiencing hair thinning and loss in his mid-twenties and since then you see him wearing too many baseball caps or wigs to hide his patches.

Alopecia can be hard to deal with. It’s not necessary you always find a bright light in the end. However, you can always take necessary precautions to take care of your hair like using less artificial and styling products, and dyes, avoiding taking stress, etc. Eat healthily and stay happy. Love yourself the way you are and you may experience wonders unimaginable.

3 thoughts on “These Famous Celebrities Are Battling Alopecia”