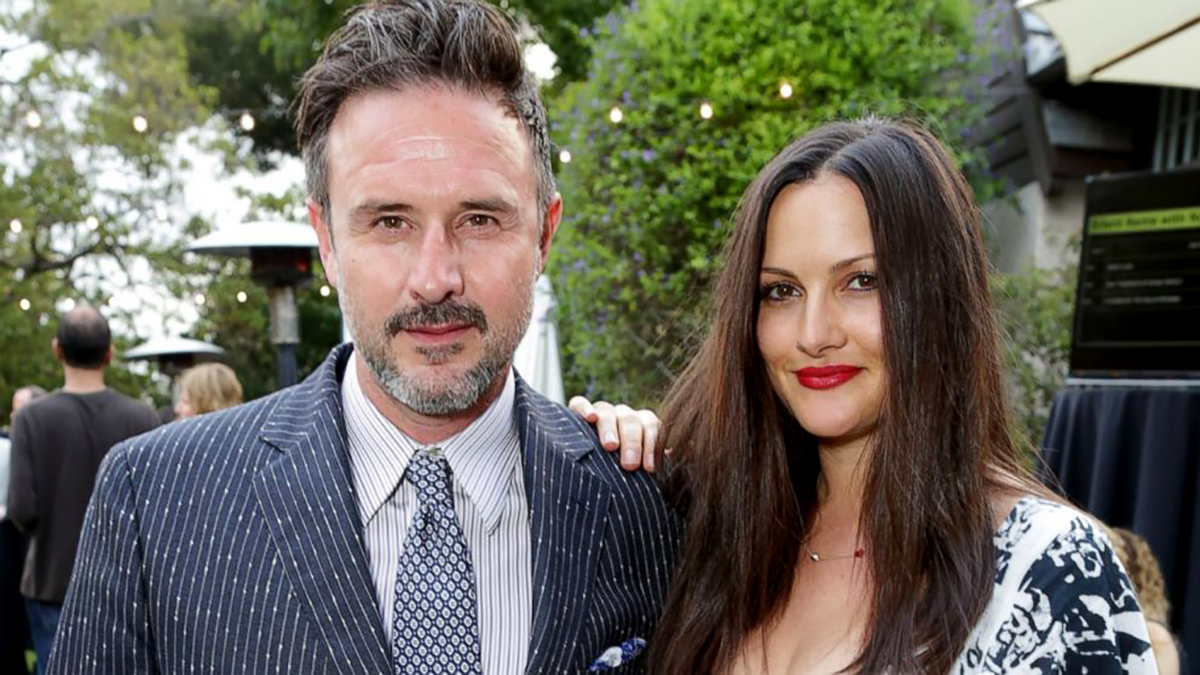 David Arquette is a multitalented Hollywood actor who rose to fame in the 90s for his role in the slasher film Scream. Before his rise to stardom, he appeared on shows like Parenthood and The Outsiders. The Where the Day Takes You actor also took a stint in wrestling and competed in the World Championship Wrestling. Recently the actor released his biopic You Cannot Kill David Arquette, which reveals that he had a near-death experience and also suffered a heart attack while making the film. However, one person who stood rock-solid by his side during his difficult phase is his wife, Christina Mclarty. She has supported him and his endeavors and even helmed the role of a producer for his documentary.

If you are wondering who Christina Mclarty is, here’s everything you need to know about David Arquette’s second wife.

Who is Christina McLarty?

Christina McLarty was born in Hope, Arkansas, on April 25, 1981. She is an Emmy Award Winning news reporter turned producer best known for interviewing A-listed celebrities. The 41-year-old celebrity wife has also acted in “Two Broke Girls,” “Gimme the Mike, ” and the CBS soap opera ‘The Young and the Restless.’ She is also an acclaimed producer who helmed “12 Hour Shift,” “Ghosts of the Ozarks,” and “Survivors Guide To Prison.”

She hosted a show for her sister’s station until she moved to Los Angeles for further opportunities in 2006. After that, she started working for Entertainment Tonight, and OMG! Insider. As an entertainment journalist, she had the opportunity to interview many A-listed celebrities like Miley Cyrus, Arsenio Halls, Oprah, Will Arnett, Robin Williams, Robert De Niro, Chrissy Teigen, and Tyra Banks.

Before dating David Arquette, Christina McLarty dated Joe Francis, the founder of the adult entertainment franchise “Girls Gone Wild.” The couple even tied the knot in November 2010 in Mexico. However, the couple split after a month. The same year, David Arquette also parted ways with his ex Courtney Cox.

In 2011 Christina McLarty met David Arquette at a Camp Playboy event at Comic-Con and flared an instant connection. Soon after the meeting, the actor announced that the couple was dating on The Howard Stern Show. Since then, the pair have dated on and off for about three years before tying the knot officially in 2015. The couple shares two children, Charlie West Arquette and Augustus Alexis Arquette. Christina McLarty and David Arquette have built a beautifully knitted family of five, joined by Coco, David Arquette’s daughter with Courtney Cox.

David Arquette has been a victim of physical assault along with his siblings. Despite a difficult childhood, the actor took up the profession early and gained the limelight. But, his passion for wrestling landed him in a controversy with the wrestling fans. Hence, he spent a long time trying to win them over.

Despite having a heart attack and having two stents put inside, David Arquette returned to pro wrestling in 2018 in a match where weapons were allowed. He even got his neck sliced with a shard of glass. Both his wives thought his love for wrestling may have pulled him out of the Hollywood limelight and affected his career.

However, the real reason for his passion for wrestling is that he associates the sport with his father, who passed away when he was 29. It had been a rough few years when his friend Luke Perry and sister Alexis passed away. But Christina McLarty stood by his side, even though she didn’t quite understand what he was doing. Arquette has also been battling an addiction problem for a long time, but he has been sober recently. In an interview with Guardian, he said “I want to be the best person I can for my wife, for my kids, for myself.”

Christina McLarty and David Arquette are another power couple in Hollywood and we hope the Scream actor finds happiness in acting and making others smile instead of self-harming or engaging in self-destructive activities.

2 thoughts on “Christina McLarty: Everything We Know About David Arquette’s Second Wife”