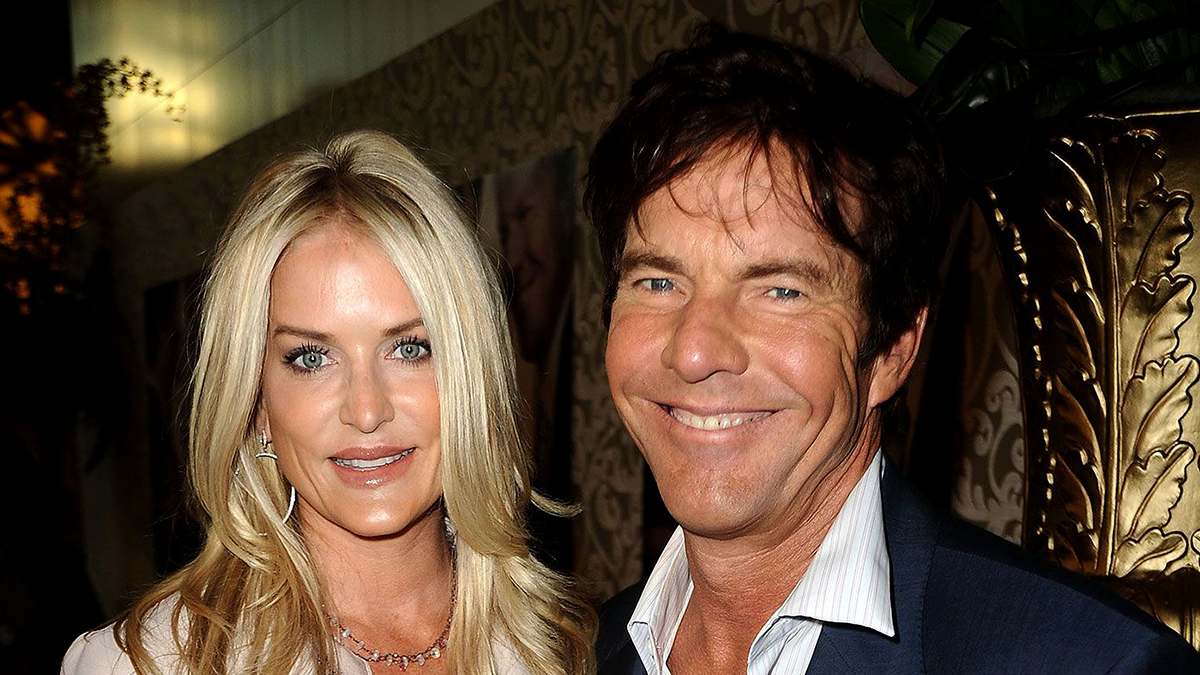 Dennis Quaid and Kimberly Buffington have been the “It” couple in the early 2000s. A Hollywood star dating a luxury real estate agent was nothing short of a fairy-tale romance. More than a decade-long marriage and two beautiful children later, the couple decided to part ways in 2018. They made headlines recently as Kimberly wanted to modify the custody arrangement she shares with Dennis. Despite all headlines the duo has made, very less has been known about Kimberly Buffington.

Who is Kimberly Buffington?

Kimberly Buffington was born to Thomas B. Buffington and Delia Buffington on October 16th, 1971. Dallas-born Kimberly always wanted to pursue modeling since her school days. She also had a sporty side; she loved playing lacrosse and running tracks. With her blonde hair, blue eyes, and very athletic physique she could have easily become a model.

However, after her graduation from the University of Texas, she decided to follow in the footsteps of her parents and became a real estate agent. With the help of her father, Kimberly got her first job as an agent and in 2015 she became a full-time employee of The Buffington Signature Homes.

Kimberly’s first marriage was with David Patton. She married him in 1993; the marriage was short-lived as the couple parted ways in 1994. Kimberly Buffington dated American footballer, Peter Gardere, from 2000 to 2003. In 2003, Kimberly met Dennis Quaid in a party through a mutual friend and they fell in love. After dating for a year, the couple got married at Dennis’ ranch in Paradise Valley, Montana.

Kimberly and Dennis welcomed their first children via surrogacy on November 8th, 2007. They were blessed with fraternal twins; however, ten days after the children were born, they experienced some complications as a result of medical negligence.

The Cedars-Sinai Medical Center hospital staff accidentally used 1000 times more than the actual dose of heparin on the newborn babies due to a mix up on the labels of 10-unit and 10,000-units. Kimberly and Dennis filed a lawsuit against Baxter Healthcare claiming the package of different doses of Heparin are not distinguishable and three infants had already died in 2007 because of the mixup. With the mission to reduce medical errors and improve medical training, the couple founded The Quaid Foundation. They also produced a series of documentaries on the same issue which aired on the Discovery Channel.

The Split After 14 Years of Marriage

Kimberly Buffington filed for divorce in March 2012; her attorney withdrew the papers in April 2012. The couple moved to California for a fresh start. But in October 2012, Kimberly filed for divorce again. She sought joint legal and full physical custody of their children.

After the mandatory six months of residency, Quaid went ahead to file for divorce in November 2012. He asked for joint legal and physical custody of their children and also offered spousal support to Kimberly. At that time, Kimberly claimed that their marriage became unstable because of conflict of personalities. However, they reconciled again and the divorce case was dismissed in September 2013.

On June 2016, the couple issued a joint statement that they are filing for legal separation with Kimberly asking for full physical and joint legal custody of their children. The proceedings went on for two years and finally, on April 27, 2018, the divorce was finalized. Dennis Quaid has been battling his cocaine addiction for a long time and was also diagnosed of anorexia nervosia in 1994, when he lost 40 lbs for a role.

According to Biographygist, Kimberly Baffington enjoys a net worth of $3 million after receiving $2 million from divorce settlement and $1 million for property settlement. However, she is a successful real estate agent and has earnings floating in from her investments.

Identity Beyond a Hollywood Wife

Despite a highly publicized marriage to a Hollywood star like Dennis Quaid, Kimberly Buffington managed to create her own identity. From being a successful real estate agent to an extensive global traveler, Kimberly was never a trophy wife. She pursued her own interests and stayed away from the limelight. At present, she is known to date nobody; she is thriving in her real estate business in Chicago and raising her two children in the most balanced fashion.

4 thoughts on “Kimberly Buffington: Everything You Need To Know About Dennis Quaid’s Ex”