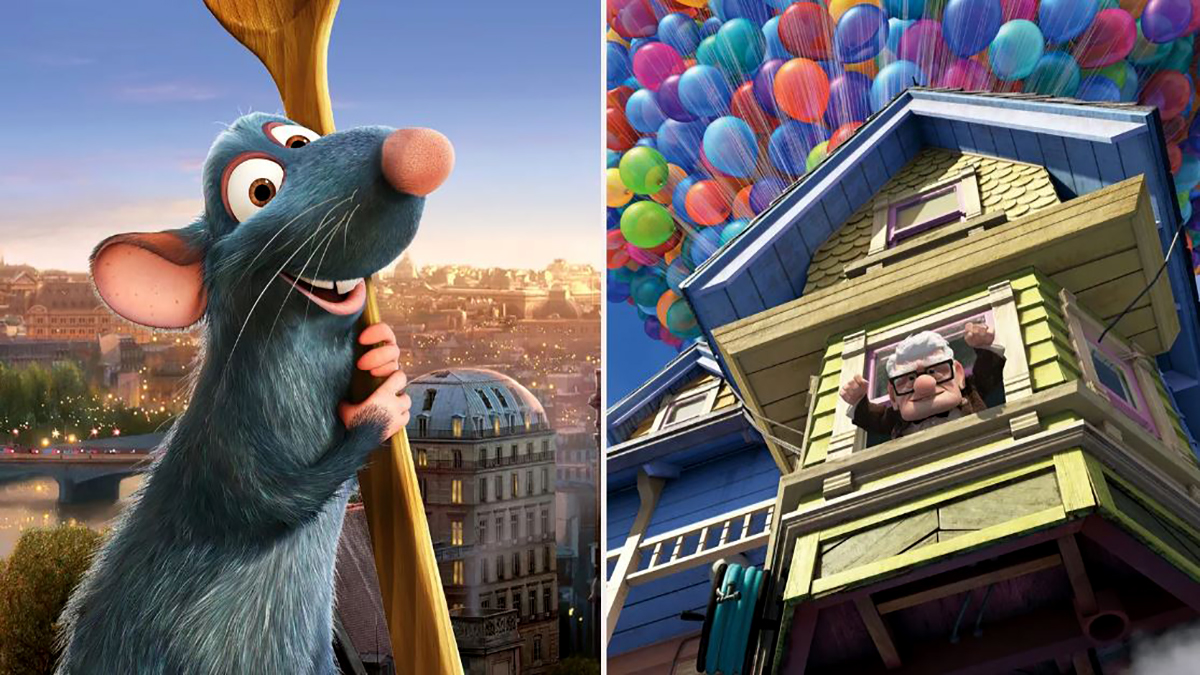 It doesn’t matter how old you are or which generation you belong to; certain films stick with you for life, and many of these films are usually created by the likes of Pixar and Disney. Pixar cemented its name in the animation industry worldwide in 1995 when it released its first feature film. Since then, it has been one box office hit after the other. However, it must make you curious which films did the best at the box office.

According to Numbers, here are the 15 highest-grossing Pixar films of all time:

This film isn’t just the highest-grossing Pixar film but also the longest Pixar film to date. With a run time of one hour and fifty minutes, it is filled with everyone’s favorite family taking on a new adventure!

Incredibles 2 was a box office hit with a total of $1.243 billion. While some people chalk it up to the brilliant animation and action sequences, others do to the change in family roles, making the film all the more entertaining. This film is proof that parenting can be heroic too. Although fans often debate about which Incredibles film was better, Incredible 2, without a doubt, took the cake at the box office.

One cannot get enough of the Toy Story franchise. This is why Pixar released four Toy Story films. And Toy Story 4, released in 2019, ended up being the biggest box office hit of the entire franchise. Toy Story is best known for its animation and for portraying some heartfelt emotions from start to finish. This film includes a road trip, some new friends, and diving into the larger-than-ever world of toys.

Although this film was a success, several fans across the globe felt like the ending could have been different. Some even labeled it as the worst Pixar movie so far. Nevertheless, it serves as a heartfelt epilogue to the trilogy!

In 2011, Toy Story 3 won an Academy Award for the Best Animated Feature Film of the Year. And if that isn’t reason enough to watch the film, the entertaining plot might be. The craziness begins when the toys are accidentally delivered to a daycare center before Andy leaves for college. Now it is Woody’s responsibility to make sure they all return home. Without a doubt, Toy Story 3 was one of the fan favorites after it was released. And the box office numbers, along with accolades, reflected its success and the love it rightfully received.

One would think that Finding Nemo would have done better at the box office than Finding Dory. Though that was the case, the difference between them wasn’t too big. The story is about a blue tang fish named Dory, who embarks on a journey with her friends, hoping to find her parents, whom she was separated from.

This sequel to Finding Nemo has some old characters and some new ones, which works swimmingly well for the plot, no pun intended. In addition, the animation and colors in this film are beyond breathtaking, making it one of the most visually appealing Pixar films.

After Marlin loses his son Nemo, he sets out on an adventure into the open sea to try and find his son despite the many dangers out there. Finding Nemo won an Oscar for Best Animated Feature in 2004. It was nominated for several other awards all across the globe.

It received recognition for its heartwarming plot that brought tears to several eyes back then. And it still manages to have the same effect on people even today. Apart from being one of the most successful animated films out there, Finding Nemo is one of the best films for a family to sit and watch on a Sunday afternoon.

If you thought you knew all about the several emotions and how they work, think again! Inside Out tells the story of the human mind and emotions in a thorough yet beautiful way that keeps you hooked from the beginning until the end. With impeccable casting for every emotion, this film covers bases for audiences in every age group.

Inside Out is the best example that not every animated film is for kids. For this reason, it also received an Academy Award for Best Animated Feature Film of the Year while also being nominated for Best Original Screenplay.

A family with a generations-old ban on music and a young aspiring musician in the same family calls for nothing short of a box office hit. Miguel has his mind set on becoming a musician and eventually finds himself in the beautiful Land of the Dead. This film follows Miguel’s journey with visually stunning animation and a plot that motivates young people to follow their hearts and dreams. Coco truly is a celebration of a lifetime!

This film dives into the lives of Mike Wazowski and James P. “Sully” Sullivan from back when they were at Monsters University. Their relationship wasn’t exactly what you would label as best friends; it was far from that. Monsters University is a film that is a mix of a plethora of genres, ranging from comedy to fantasy with a sprinkle of adventure. Although this film was a belated prequel to Monsters Inc, it served its purpose and clearly became a box office hit!

As a young boy, Carl Fredricksen wanted to explore South America and visit Paradise Falls. As an elderly, retired balloon salesman, Carl intends to fulfill that dream that he shared with his late wife. He ties many balloons to his house to save his home from demolition and flies away, intending to settle in Paradise Falls. However, not everything goes as planned. Undoubtedly, this film is one of the most emotional animated films, with a range of feelings the viewers go through. Do not watch this film unless you have a box of tissues with you.

What’s better than a family of undercover superheroes? When the same family is forced into action in order to try and save the world. A plot as simple as this went on to be loved by fans all over the world. And although it didn’t do nearly as good as its sequel, it was still a box office hit and made its way to plenty of top ten lists on websites and social media. This indeed was an incredible movie, no pun intended.

A rat who can cook paired with a young chef resulted in one of the best films ever made. Remy, who is a rat, is undoubtedly ambitious for a profession that swears off rodents in the kitchen. But things change when he finds himself in a restaurant in Paris. In 2008, this film won an Academy Award for Best Animated Feature Film of the Year. One of the best parts about this film beyond the storyline and animation was the music.

When a human girl named Boo accidentally makes her way into Monstropolis on the back of a monster named Sulley, he and his friend Mike need to find a way to get her back into her bedroom in the human world before their co-workers find out since monsters think humans are a toxic threat to them. This film is best known for its song If I didn’t have you by Randy Newman, for which it also won an Academy Award. There is no doubt this film is a great watch even though its box office numbers did not match its prequel, Monsters University.

Lightening McQueen is one of the most famous cars out there, and he, along with his team, are invited to compete in the prestigious World Grand Prix race. However, things don’t go as planned when international espionage and criminals present themselves in the picture. Despite the serious-sounding plot, this film is a comedy filled with adventure and an absolute treat to watch with your family. With its animation and witty dialogues, there’s no doubt this sequel crossed half a billion at the box office.

Brave tells the story of Merida, a Scottish princess who is next in line for the throne of Dunbroch. Her mother and father want her to act more like a lady since she is to be betrothed to the son of one of her father’s allies. The firstborn sons of the other clans arrive to participate in the Highland games to compete for Merida’s hand, but Merida has other plans. Brave is a heartwarming adventure about family, independence, and forgiveness. Featuring Pixar’s first Celtic tale, it’s definitely worth the watch.

The journey of a robot that determines the fate of humankind is the simplest way to summarize this half-a-billion box office hit that became an integral part of the animation industry for years to come. Wall-E won an Academy Award and a BAFTA for Best Animated Film in 2009. This film has often been described as one of the century’s best films because of the beautiful story accompanied by a fitting soundtrack and dialogues. Even though this film is about a robot, it is full of heart and soul.

Now that you have reached the end of this list, how many of these films will you be watching this weekend?

3 thoughts on “15 Highest-Grossing Pixar Films of All Time”