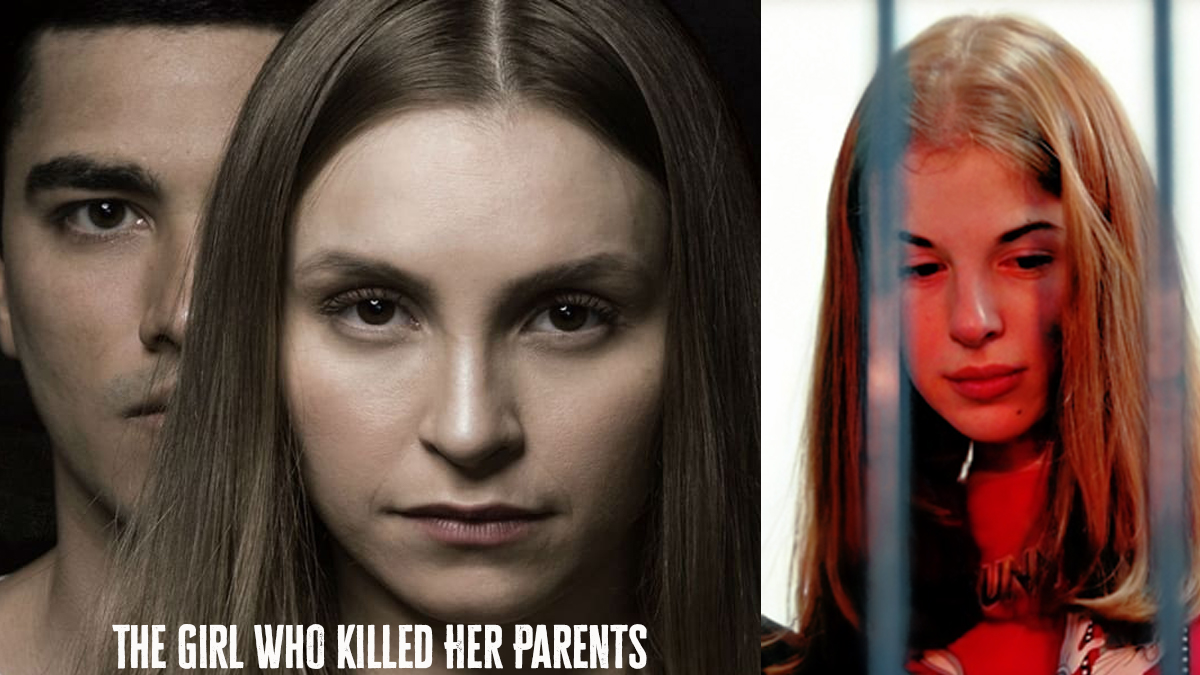 Parenting right can be tricky, and dealing with teenagers is trickier. But one can’t blame them entirely for a child’s actions, or can we? With this theory in mind, let’s raise a question about what Suzane von Richthofen did and what triggered her to commit such a horrifying, heartwrenching crime. Why did Suzane von Richthofen ‘kill’ her parents? I wouldn’t say I am surprised because we see all kinds of filthy crimes in the world now.

Every story has two sides. Maybe neither is wrong and maybe neither is right. It’s what you choose to believe. The Girl Who Killed Her Parents is based on real events and the story mainly revolves around Suzane von Richthofen and her boyfriend Daniel Cravinhos.

Who Are The Murder Suspects?

The story begins with the police at Suzanne’s house inspecting a possible theft. However, the scene quickly takes a turn as we see the three accused in court for the murder hearing. Suzane, Daniel, and Daniel’s brother Cristian brutally murdered the parents in their bedroom and made it look like a theft. Daniel’s confession in court narrates a vivid story of Suzane’s drug problem, behavior, temper, and family issues.

Daniel was an aeromodeller and coach while Suzane is a young girl pursuing her studies. The girl belongs to a rich, well-off family while the opposite is true for Dan. Her mother approaches Dan asking him to tutor her son Andreas as he also enjoyed aeromodelling as a hobby. However, Dan and Suzane hit it off and begin dating after a short while. Suzane finally meets Dan’s parents and it felt like an instant connection, Dan’s family is sweet and simple. The same night the couple decide to consummate their relationship but that doesn’t happen and we see Suzane almost shivering out of terror. Dan did not understand the reason but he was very cooperative and decided to wait until she was completely comfortable.

On Daniel’s birthday, the couple finally gets intimate but before that Suzane pulls out a box of smoking marijuana to lighten the mood. Dan had never done anything like that earlier and hesitated before ultimately agreeing to take drugs before having sex. As the relationship moves further, we see quite a lot of wild sex, mostly Suzane dominating Dan, and too many different kinds of drugs. We also see expensive gifts being exchanged, especially from Suzane’s side as money was never a problem for her. She would skip her classes to be with Dan and the two enjoyed each other’s company. Maybe too much, because there wouldn’t go by a day the couple didn’t meet.

After a while, Daniel detects that Suzane’s parents didn’t like him and used harsh words toward him. They thought he was poor, ignorant, uneducated, and getting in the middle of their daughter’s bright future. Daniel found out that his girlfriend’s parents had a drinking problem and were abusive. Suzane often wished they were dead and made Daniel imagine if the same was true, they could be together all the time without any restrictions.

Su disclosed that her father had many affairs and that her mother might be in a bisexual relationship. However, Dan clarified in court that he had no proof of that. Suzane would use her fake ID to get into motels and spend time with Daniel. A year before the brutal murder of Suzane’s parents, Suzane comes running to Dan’s house and bursts into tears. She told him her father hit her brutally. Dan’s girl picked up their first intimate moment and disclosed why she was terrified. She told him her father would often hit her and sexually assault her. This was the part that triggered Daniel and made him agree to execute Suzane’s plan to kill her parents. The couple even experimented if the gunshots were heard outside their room or not while her parents were away in Europe on a trip.

They tried to convince Cristian who revolted against the idea of killing. However, Daniel and Suzane forced him a lot and he agreed to participate in the crime. Cristian warned Dan again and again but he was blindfolded by Su’s love or maybe influence. Suzane went to her parent’s bedroom to check if they were asleep and indicated the boys to execute the plan. They entered the parent’s room and smashed them with iron rods until dead, stuffed their mouth with wet towels, and dropped water on them. Suzane looks absolutely normal and unaffected.

After the suspects were caught, the jury sentenced them to imprisonment even after their constant blame game to get away from the murder case. Suzane and Daniel were sentenced to 39 years and 6 months in prison and Cristian was sentenced to 38 years and 6 months. However, the Cravinhos brothers convinced the jury of a semi-open regime. Daniel is married and refuses to remain in the limelight about the murder case. Suzane too married a prisoner. However, the couple separated when the wife left the prison. Soon Suzane was in a relationship with a lawyer but the two didn’t make it either. She has done many paid interviews in the prisons and is one of the most famous killers in Brazil.

As per the evidence and statements, she did kill her parents. But as I said before, there are always two sides to a story, maybe both are right or none of them. The Girl Who Killed Her Parents highlights every evidence against Suzane that she manipulated and influenced Daniel into killing her parents. However, The Boy Who Killed My Parents takes on a whole new perspective of the case where Suzane is an innocent, studious girl, her family is happy and stable, and Daniel is after her money and is pretty abusive. Basically, it is the upside-down version of The Girl Who Killed Her Parents.

Let me tell you one more thing. Rumors have it that Suzane did try to check if she still was a valid member to inherit her parent’s money. This may be a sign that it wasn’t Daniel who was after her parent’s money, it was her. But what can we say, they are just rumors. Anyway, I never understand such influence that people call love.

If you were the jury, who would you choose to believe? Who is the parent-killer? Would you have investigated the case differently? Do you think there were ways to figure out who was the real killer even though all three have proven to be involved in the murder? Whoever had the influence on the other person, does not justify that killing is that easy to execute. Think about it. What if both of them have a killer mind? And lastly, what truly is love? Would you kill for love?

6 thoughts on “Suzane von Richthofen: The Girl Who Killed Her Parents”